Sometimes tackling your fears head-on is the only way to overcome them.

If you’ve ever experienced a legit fear of heights, then you’ll know, it can be absolutely paralysing. But is this fear the hand you’ve been dealt with in life, or is it simply a learnt behaviour, and can it be overcome?

As a child, from about eight years old, I was always the first in line at amusement parks, thrilled by idea of dangling helplessly from a terrifying human sling or gut-bending rollercoaster. Yet a couple of summers ago in Knysna, some mates decided we should all go and jump off the old train bridge, into the lagoon below, Huck Finn style. We climbed to the top, followed by a group of five year olds, also eager to attempt the challenge. My mates leapt one by one, the five year olds flung themselves off with the greatest of pleasure, and I stood frozen with an unexpected, unexplained, morbid fear.

Related: 7 Ways You Can Use Your Fear To Your Advantage, According To A Life Coach

Your brain convinces you that you are making the biggest mistake of your young and fragile life, and that the only outcome is gruesome fatality. Of course, this is not true. Then I had an idea. Mindfulness is all the craze worldwide. It is the practice of observing your thoughts from a tranquil distance, analysing them without reacting to their content, and training yourself to understand which contain valuable information and which are simply random. With practice, you are able to first think, then assess your thoughts, and finally choose your reaction. For example: “This is high” – “But I am not in danger, so there is nothing to fear” – “Look mom, no hands!”.

So I asked the question: Can I, in my own capacity, use mindfulness and controlled, incremental exposure to heights, to somehow deconstruct this fear and recalibrate my response to height?

Related: Use These 4 Mindfulness Apps If You’re Stressed All The Time

I decided to put my bro-science to the test.

Rock climbing to me was a well-deserving choice for this challenge. At its core, it is an extremely mindful process (much like completing a puzzle), plus, it involves heights as high as you could possibly wish for, and luckily it also involves a harness, rope and a pro climbing buddy.

Enter Robert Breyer: South African filmmaker, Photographer, Entrepreneur, expert climber and co-owner of the new CityROCK Indoor Climbing venue in Cape Town. I met up with Robert, discussed my intentions for the challenge, and with much enthusiasm, he agreed to mentor me throughout this fear-busting process. Robert himself suffered from a fear a heights, and was living proof that fear is fable, not fact. So far, so good. 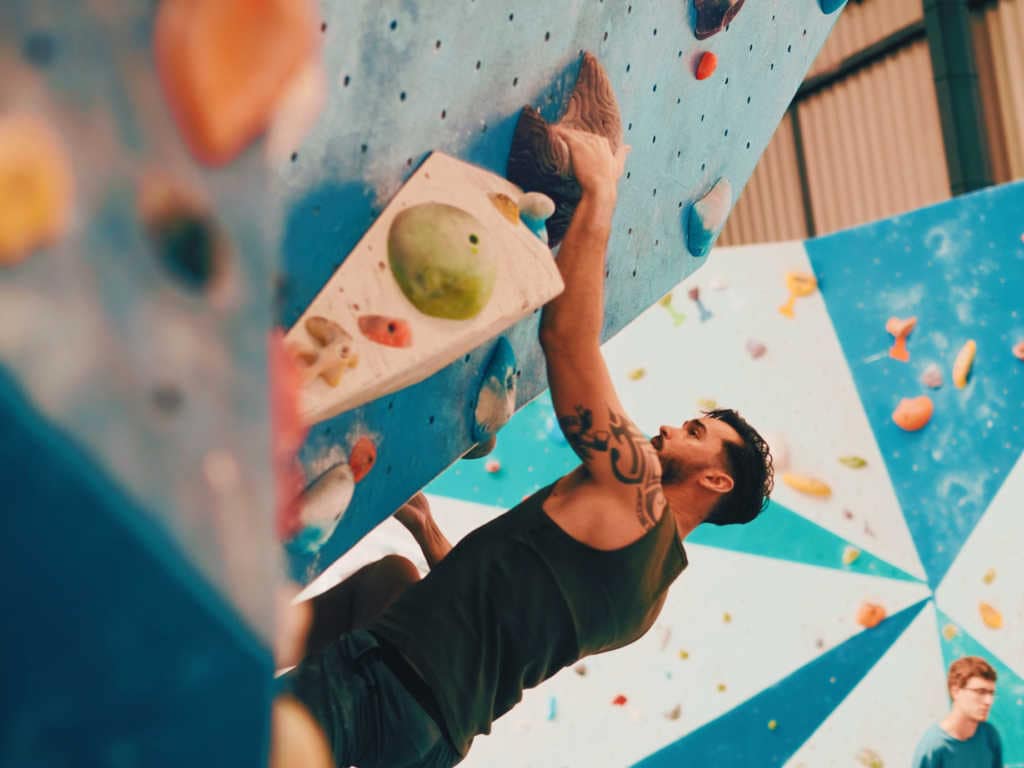 I Proved To My Brain That I Was Safe

I took a few steps, as suggested by Robert, to first prove to myself that I am in fact safe when attempting future climbs:

1) I took part in a beginner’s introductory course, made sure to achieve my belay training tag, practiced tying Figure-8- and Stop-knots until I dreamt about it, and trained with reliable gear.

2) I started climbing on an Auto Belay wall. The belay, or rope attached to your harness, in this case is automatic, so there’s no climbing buddy at the bottom lowering and releasing the rope. The auto belay retracts when you climb up, locks when you fall, and slowly lowers you down when you hang. Having no human error involved, definitely made me feel more at ease.

3) Then I set a daily climbing rule. I would climb as high as possible on each attempt, stop as soon as I felt overwhelmed, and then, with the Auto Belay still attached, I would kick away from the wall without thinking about it, thus bypassing my brain’s warning systems before it kicks in.

4) I added 1m height to my climb every day. For the first few climbs, my palms started sweating at about five metres high. Each time, I swallowed my pride and kicked away from the wall. Five metres became six, then eight, then ten. 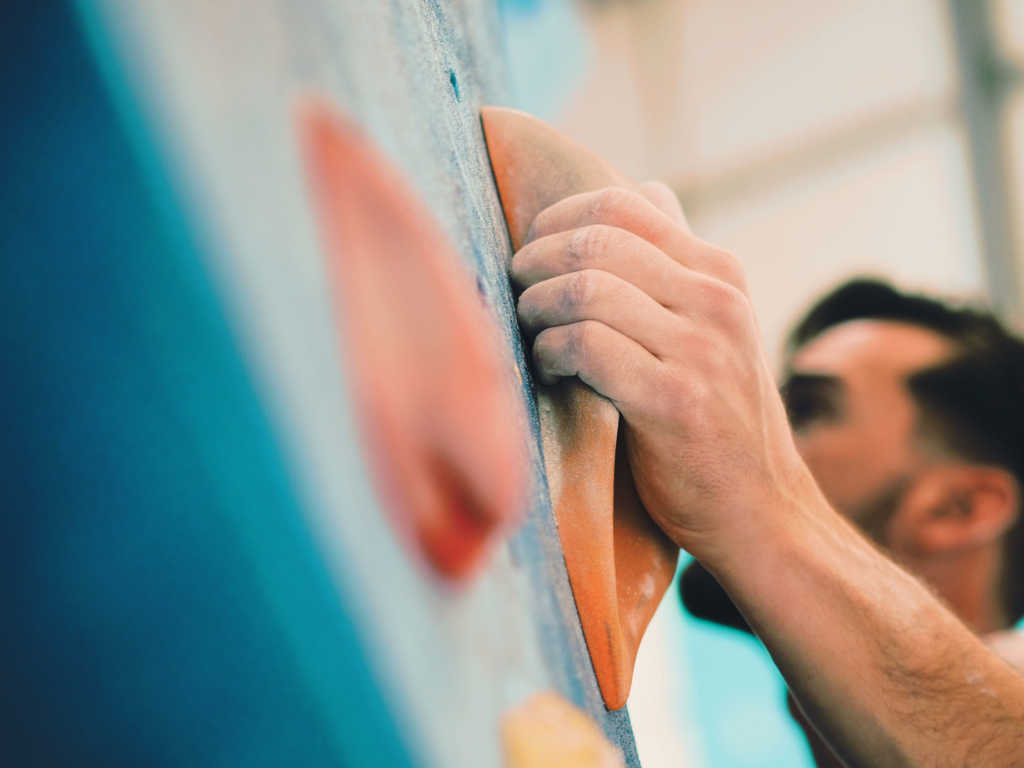 I Observed My Thinking

At this point, I told myself to pause at the top of each climb, just before kicking away. This was the time to be mindful of my thinking, challenging the story that I was telling myself. My brain would instantly flood with panic and full blown regret, and I, in turn, would attempt to observe the content of my thoughts without reacting to them or freaking out.

Related: 6 Ways Your Brain Benefits When Your Body’s In Great Shape

I Faced My Shadows

My thoughts revealed something I never expected. I suddenly realized that somewhere in the last seven years of my adult life, I had lost faith in my own judgment. My mind was saying “I know you said it’s ok, but I’m not sure I can trust your opinion.” Even when I knew it was safe, something deep down still didn’t take my word for it. But now, for the first time in a long while, rock climbing was teaching my body and mind to trust my own leadership again. The more I climbed, the less I feared, the higher I risked, and the stronger I became. The stronger I became, the less I feared, the higher I climbed, and the more I learned to trust myself again.

In my latest attempt, I climbed a 15-metre high Speed Wall in 44 seconds, kicked away from the top and grinned as I was slowly lowered to the ground. I was scared and out of breath, but I haven’t felt so fearless since I was eight. 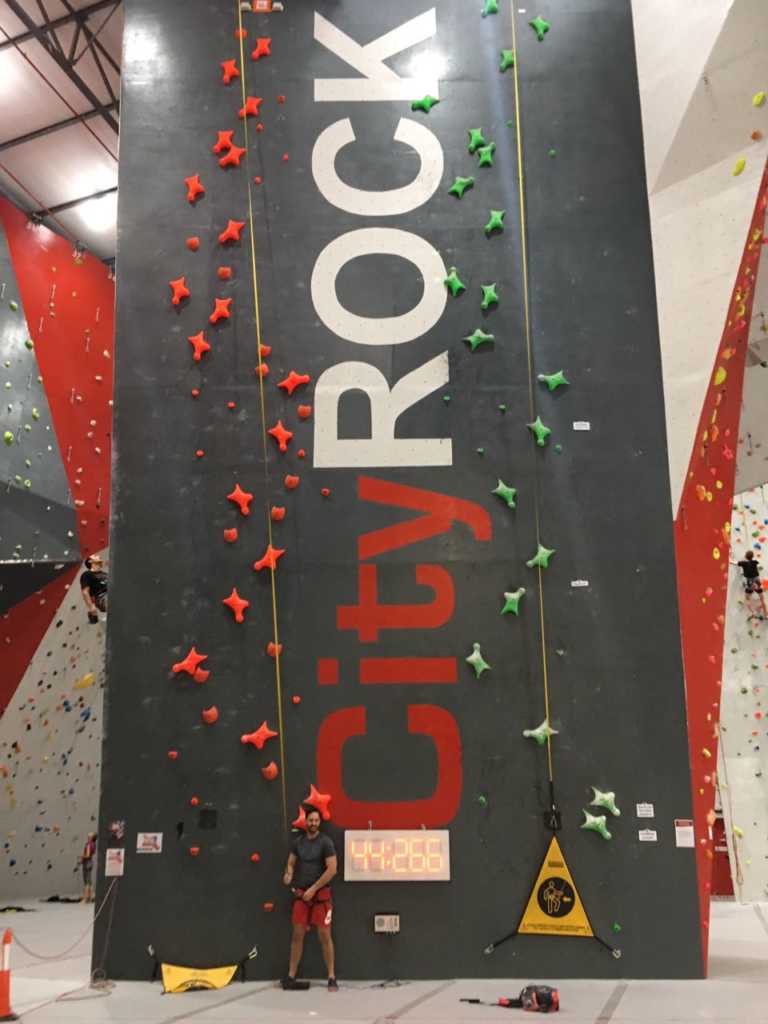 Now that I’ve overcome my fear of heights, I’m happy to report sky diving in Thailand and rock climbing in Brazil are firmly back on my bucket list.

Related: 6 Sports To Take Up In Winter So You Stay Active, Get Fitter And Build More Muscle