What Is YouTube Music? Here’s All You Need To Know

We got the low-down on why it's the most innovative app yet.

YouTube’s much anticipated music app, YouTube Music, launched on Wednesday in South Africa. This made SA the first market on the continent to get the app. Men’s Health was at YouTube Music’s official launch event on Wednesday evening, and we got the low-down on why the streaming app is the most innovative music streaming app yet.

According to YouTube, “YouTube Music gives music lovers access to music music videos, official albums, singles, remixes, live performances, covers and hard-to-find music that they can only get on the platform.”

More specifically, the platform includes a variety of songs you wouldn’t find elsewhere. Google’s Head of Communications, Mich Atagana, found songs in Zulu and Swahili; along with a host of other tough choices from the launch event attendees.

Related: Boost Your Commute By Listening To This MH-Approved Playlist

“We have Google Play Music, I’m sure some of you are thinking, ‘why another app, Google?'” says Atagana. “We see it. The idea of YouTube music is because already has a rich culture of music. All these people are going to YouTube to discover new music and [artists] are being discovered because of YouTube.

“So, Play Music will be taken away and YouTube music will become the platform that people listen to music from Google.”

And the numbers speak for themselves, with Black Coffee earning over 30 million views across YouTube in 2018, according to YouTube. Sho Madjozi saw a nearly 90% increase in average daily views on YouTube the week following her performance at Global Citizen Festival: Mandela 100, which was live streamed globally on YouTube.

Plus, over 60% of views for Nasty C over the last 12 months came from outside of South Africa. With YouTube providing global exposure for tons of other South African artists, too. 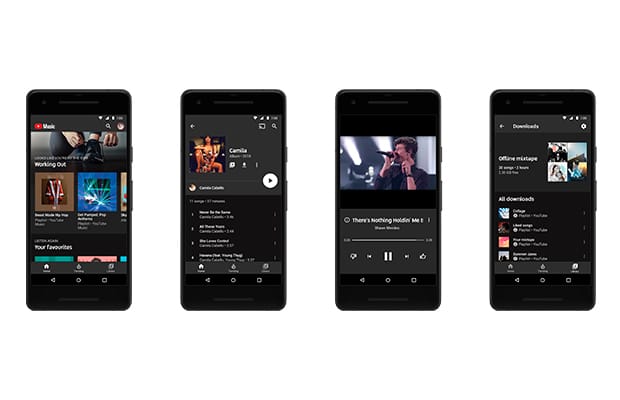 How Is It Different From Other Apps?

According to YouTube, “the app features a home screen that dynamically adapts to provide recommendations based on what it thinks users will like. It also provides an option for Premium subscribers to automatically download songs they love to their Offline Mixtape.”

The app has a Smart Search feature which allows users to find songs, based on random keywords and lyrics they remember. YouTube states that  with the “Smart Search feature, music lovers can find any song, even if they can’t remember what it’s called. Using descriptions, lyrics and even emojis to find the tracks they want to listen to, Smart Search facilitates most languages, including indigenous South African languages such as isiZulu and isiXhosa.”

What Does It Costs?

Users can enjoy the ad supported version of YouTube Music for free, however the free version doesn’t allow for background listening – with the music stopping when leaving the app. We aren’t fans of this feature, and it can become frustrating when checking your WhatsApp messages and so on.

But YouTube Music Premium, the paid membership gives you background listening, downloads and an ad-free experience for R59.99 a month, with the seamless experience worth the price tag.

Our game-changer: YouTube Music allows for an automatic, personalised playlist called “Your Mixtape” which features an endless amount of personalised music. We tried it, and we couldn’t find a song we didn’t like.

What we don’t like: We aren’t fans of the no background listening on the free version of the app.

YouTube Music can be downloaded from the Play Store and App Store. Users can also check out the web player at music.youtube.com.