15 Things You Didn’t Know Google Apps Could Do

Need help on your travels? There's a Google app for that.

It’s midday and I’m standing on a skateboard looking down a half-pipe. No, not a pipe cut in half – I’m talking the Tony Hawk type. The kind where you have to listen to Blink 182 on your Nokia N-Gage with painted nails and spiked hair to even attempt. Well at least that was me in 2008; and it’s only been 11 years since.

Related: Could Huawei Phones Lose Their Google Apps? What You Need To Know

Google’s making me do it and I have no idea whether I can still ‘drop-in’. But it’s all for good cause – I want to win The Great Google Adventure and become insta-famous. A moment ago we were put into teams to tackle 8 challenges across Cape Town’s V&A Waterfront. This saw me join forces with the best in tech journalism and influencer stardom to compete against the rest of the best.

The rules are straightforward – get your Google passport stamped after every completed challenge in a different location across the V&A, use the apps to pass the challenge, and the first one to the finish line wins. Think the Amazing Race but better food.

Related: What Is YouTube Music? Here’s All You Need To Know

The aim? To see how Google Apps can make your travel adventures more exciting and how it can help you create incredible content and unforgettable memories. This is what we learned:

(Scroll/Swipe to see what we learned about each app) 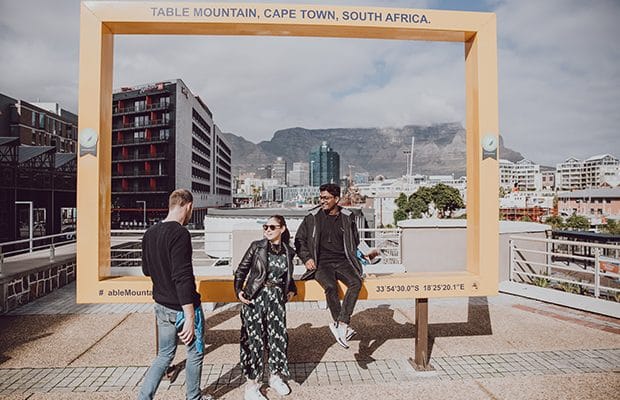 According to Google, Google Photos was built from the ground up in 2015 around three big ideas: to have one place to keep a lifetime of memories, have those moments organised and brought to life, and lastly to share and save what matters. The app is a game-changer. Search for photos by the people in them, places you've been, or the objects in them and the app will give you fun new creations – like collages or GIF animations – which is automatically created based on your photo library.

We acted out a scene from Jaws at the Two Oceans Aquarium and captured ourselves  spinning around on chairs outside the Zeitz Mocaa seamlessly through gifs. Be warned - once you start, GIF-making can be addictive. Google Photos is my favourite way of sharing content.

All competitors shared challenge content on a shared folder, which then got graded by challenge judges instantly. In real-life it's an extremely efficient way to share photos with those travelling with you (I wish I'd discovered it sooner). With Photos you can share photos by simply choosing from your contacts—or even by getting a suggestion to share—via SMS, email or via Google Photos. Say goodbye to WhatsApp decreasing the quality of your photos as well as the tedious bluetooth share.

(Scroll/Swipe for the next app) 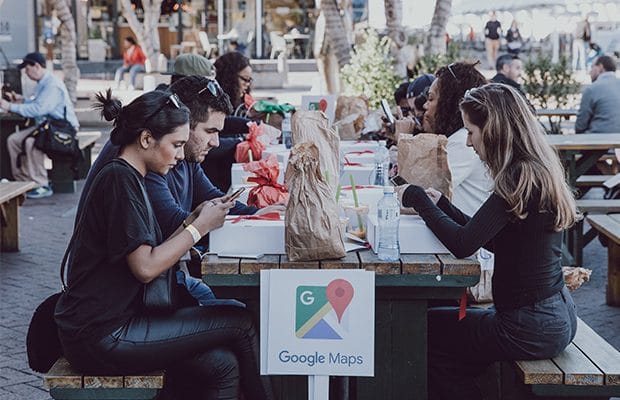 Google's goal is to help people get out and enjoy the world by building a map tailored to each user and their likes and preferences. And the information across Google Search and Maps help millions of people each day. Maps is an incredibly savvy tool - especially when you're on your feet. For years we've used Maps to help us get where we need to as quickly as possible. But there's more, it's become a social tool as well.

Related: What You Need To Know About Google Maps' New Features

The new Maps is a smart move by Google to drive user engagement and save people some serious browsing time on where to eat or what to do. The explore tab has a range of benefits with Google seamlessly integrating navigation with place rankings, reviews and even events. Here's all the new features according to Google:

Find new things to do and see dining, event, and activity options based on their location in the newly redesigned Explore tab.

Know where the tastemakers are going. Trending lists with information from local experts, Google, and trusted publishers help users know exactly where to go in their neighbourhood based on what’s popular right now.

Easily make plans as a group. Users can create a shareable shortlist within Google Maps and instantly share it with friends across any platform so they can vote on a place and decide where to go within minutes.

Find places nearby, fast. Google Maps automatically shows you places of interest in your immediate vicinity. Type in ‘child-friendly near me’ and it’ll narrow it down to places that are listed as child-friendly and are really close by. If you’re after a restaurant, just add that to your query - and there you go, a short-list of child-friendly eateries near you (zoom in and out to change how ‘near’ that ‘near me’ is).

Stay on top of the latest and greatest with the new “For you” tab. Users can see trending places, newly opened restaurants, foodie lists, and more in the neighbourhoods they care about most.

Contribute to Local Guides. Users can help to make Google Maps more useful to them and people like them through contributing reviews, photos and feedback on the places they go to in the Google Maps app.

(Scroll/Swipe for the next app)

Google Lens is simple - don't know any building/object around you? Google Lens will pick it up and tell you all about it. According to Google, Lens has been helping people to find out more about the world around them through their camera and photos - whether it is learning about landmarks or identifying that cute dog in the park - since its launch in late 2017.

When you select the Lens button in Google Images, dots will appear on objects you can learn more about. Lens in Google Images can also make it easier to find and buy things you like online. For example, you might come to Google Images looking for ideas to redecorate your living room.

During your search, you come across a couch you like in an image, but you may not know what style it is or where to buy it. All you need to do is press the Lens button, then either tap on a dot on the couch, or draw around it, and Google Images will show you related information and images. From there, you can find places where you could buy a similar couch.

We put Lens to the test to identify skateboarding gear - using Lens to see which gear was better to complete the challenge with. We tested it even further at the Scratch Patch and Mineral World - using it to identify various gems based on their colours and stripes. We were impressed, with Lens making us feel like experts in mineral picking. (Scroll/Swipe for the next app) 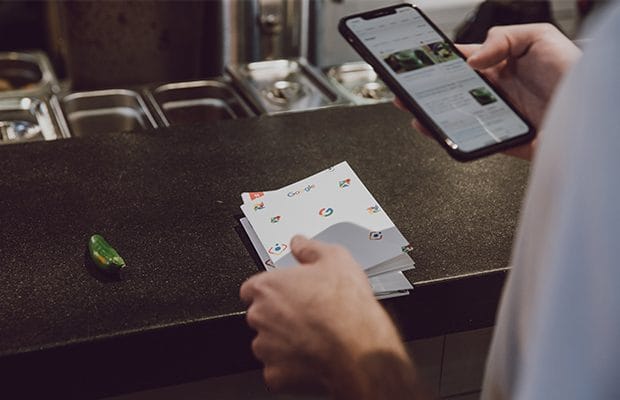 We all know the Google App and it came particularly handy when we were looking for smoothie recipes on the go for the juice making challenge. Here's some advice from Google on things you can do with the app, if you're not already:

Discover keeps you up to date on all your favourite topics - follow everything from forex markets to your favourite sports teams and celebs, plus you can dive deeper into any of your interests with a single click.

Collections lets you add links, images, search results to curated collections so you can quickly find them later.

Explore is where you make the app your own and tailor it with your preferences and the services you want to see - whether it’s appointment reminders, traffic alerts, suggestions for places to go on your next trip. The more you use the app, the better it understands you, and the more useful it becomes.