Game Preview: What I Thought Of Monster Energy Supercross 3

Monster Energy Supercross 3 is one of the most underrated games of 2020.

I’m saying it: Monster Energy Supercross 3 is one of the most underrated games of 2020. I played it for almost a month and not only relished in its eye-catching, real world graphics and head-bounced to its insane dance and rap music line up, but also had one helluva ride – literally. Here are three reasons why:

Developer Milestone took to the physics books when it came to improving the game’s ride quality and airborne theatrics. As seen below, the developers set free the air rotation so system, which allows gamers a real world feel when playing; making way for tons of tricks while racing (if you’re not too competitive).

The Game’s Hard, But Immersive

Be warned, this is a game that requires time and dedication. Supercross 3’s ground response is very reactive, more so than any other supercross game I’ve played before, with Supercross 3 incorporating a more sensitive suspension. That means it takes some major concentration as one mistake on the track can cost you, despite the difficulty you set the game to.

This being said, in doing so the game is intense, pushing you to pay attention to every turn on the track. It also requires you to find a rhythm to your gameplay while having fun in the mud. Coupled with the game’s eye-catching graphics and the crowd reactions, it’s an aspect I enjoyed most – I finished every race knowing I achieved something, despite my position.

Feel a sense of community

Everyone’s welcome in the community of supercross and Milestone ensured the game was all inclusive. Firstly, there’s a campaign where you work your way from zero to hero – this time as either a male or female! Secondly, the game’s culture hypes every gamer to join the club, bringing a real sense of unity in its riding culture. The rap song, “Be One of Us,” and the video show fans what they can expect from the new Monster Energy Supercross when they compete with the best pro riders, in the latest version of the most realistic supercross video game ever. 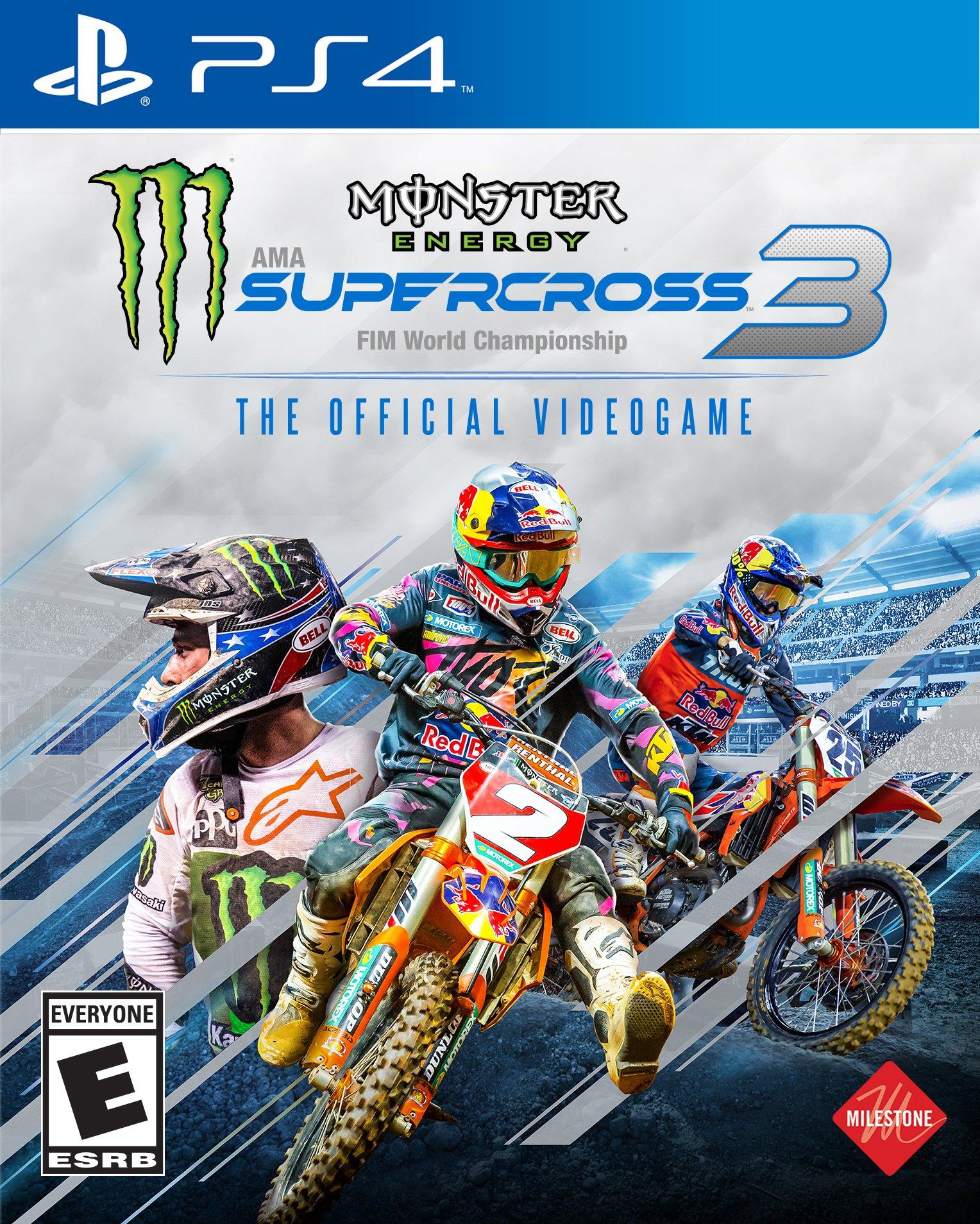 “‘Be One of Us’ was the first thing that came to my mind when the developers of Monster Energy Supercross 3 asked me about this project,” said supercross athlete and rapper Adam Enticknap. “The gameplay is so realistic and simply blatant that I knew I absolutely had to convey this authenticity. It was really a surreal experience and I hope that fans like my song as much as I know they will love the new game. ”

Overall, the game is for both fanatics and hobbyists and a must-try. Fill in your details to win one below!

Find some great, more in-depth reviews of the game below: