While you were waiting for that cold takeaway pizza to arrive, you could have crafted the ultimate home-made one. Get ready for pizza that delivers.

1. The Dough and Sauce

To build the perfect pizza, you must first learn to respect its foundation

The Easiest  Dough Ever
This foolproof recipe comes from Jim Lahey, author of My Pizza

1.] In a large bowl, whisk the flour, yeast and salt. Add the water  and mix well with a wooden spoon.
2.] Cover the bowl with plastic wrap; let the dough rise at room temperature until it has more than doubled, 18 hours.
3.] Divide the dough into four equal parts. To shape them, pull four sides of the dough toward the centre to form a round, and turn seam side down.
+ For a heartier crust, use just 2¼ cups  all-purpose flour and add ¾ cup whole-wheat flour. Increase the yeast to ½ teaspoon and increase the water by ¼ cup.

Chop 400g of whole peeled tomatoes, then add them to a pan with 150ml tomato purée,  1 chopped garlic  clove and 5ml dried oreganum, cover and bring to the boil. Then lower the heat, remove the lid and simmer gently until reduced. Season and enjoy. 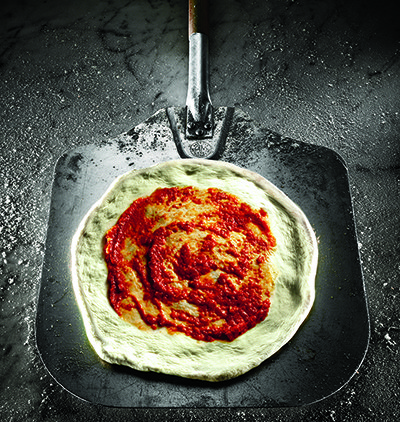 3 Steps to Perfectly Stretched Crust
You don’t need to be a pro to craft the perfect pizza crust. Here’s the hands-on approach to making a no-fuss, professional-looking thin-crust pizza

2.] The Cheese and Toppings
Now’s the fun part: crafting the pizza to suit your own taste

WHO’S ON TOP?
Here’s how to you hit the topping sweet spot

IMPROVISE INGREDIENTS
Walk into a grocery shop or open your fridge and let the season inspire you.  That could mean local vegetables in spring or summer, or really good cured olives or preserved vegetables from a tin or jar in the winter or autumn.

TRIM YOUR TOPPINGS
Since thin-crust pizza bakes so quickly (eight or nine minutes at home), keep the cooking time in mind as you prep your toppings. Thinly slice any vegetables, and cut cured meats into paper-thin slices for maximum caramelisation and flavour.

EXERCISE RESTRAINT
For a crisp slice that’s easy to pick up,  take a just-enough approach to topping distribution. Sprinkle ingredients sparsely and evenly so every bite of  the pizza has a little of everything. 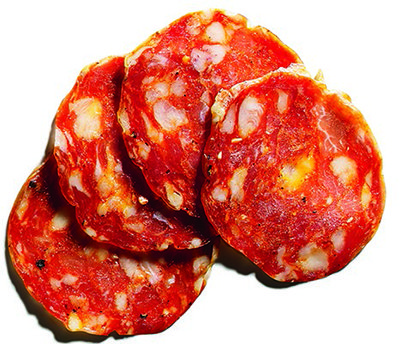 3.] A Fast and Fiery Finish
A blistering trip to the oven and a flavour hit ensure pizza paradise

FROM PEEL TO STEEL
The most vulnerable point in the transformation of dough to pizza is the journey  from pizza peel to stone. So practise this technique with plain, stretched dough on  the countertop, says  Mathieu Palombino, owner of classic New York (and Hong Kong) pizzeria Motorino. That way nothing hits the floor.

Any Way You Like It
Pizza is as much Italian as it is American these days, and after the braai it’s a favourite South African meal or weekday takeout. “Local ingredients like peppadews and biltong are great on pizza,” says Kinga Baranowska from Col’cacchio pizzeria, “but there’s an increasing demand for healthier alternatives.” Col’cacchio pizzeria tells us how South Africans like one of their favourite takeouts with a look into their top-selling pizzas across the country.

C. WITH LESS KILOJOULES
“Pizza has a bad rep as an unhealthy meal, but South Africans want a way to keep it healthy and tasty,” says Baranowska. Keep your portions smaller and add a  salad – like the Pizza Foro range that keeps your meal under 2 200kJ. Or make it cheese-less, another easy  way to lower kilojoules. 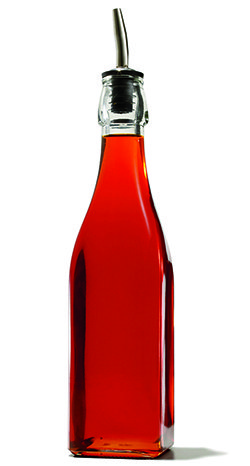 BONUS POINTS
To add another layer of flavour  to your pizza, hit  it with another topping after it emerges from the oven. Try these.

Lay off the Dough
“The trick to great dough is letting it be,” Lahey says. “The longer it sits and the less you touch it, the airier and more flavourful it becomes.” For Lahey, that means an 18-hour rise. “Mix it before you go to sleep the night before,” he says. No time? Stop by your local pizza place and pick up a ball of dough.

Sauce Simple
“It’s a waste of time to cook or flavour the tomatoes if you start with flavourful ones,” says Lahey. Although canned San Marzano tomatoes [famous Italian paste tomatoes] are known for being particularly robust, he says, “the variety doesn’t matter as long as it has natural sweetness.”

Knuckle your Pizza
Drape the dough over lightly clenched knuckles a few centimetres from the edge. Move the dough from hand to hand as you rotate it. When the dough is 30cm wide, transfer it to a lightly floured pizza peel or a thin plastic  cutting board.