6 Muscle Meals You Can Make In The Microwave

Want to ace your next at home feast? Start thinking inside the box – the microwave.

That microwave on your counter top can do so much more than just heat leftover pizza. “People crave efficiency, so they should call on the microwave more often to steam and heat where browning isn’t required,” says chef Keith Schroeder, author of Mad Delicious. It’s a truly ingenious invention. So put it to use and craft sensational original meals; don’t just reheat old ones. 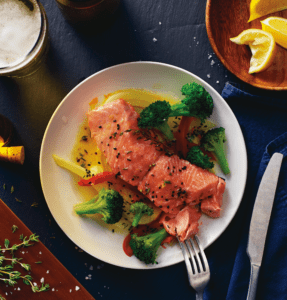 Fold two 35cm × 45cm sheets of parchment paper in half. Open them and place 2 cups chopped broccoli, ½ sliced fennel bulb, and ½ sliced red bell pepper on one side of each sheet; top with a 170g salmon fillet. Melt 1 Tbsp butter in a bowl. Stir in 2 Tbsp orange juice plus 2 tsp each orange zest and fresh thyme. Spread this over the fish. Fold the paper over the fish and crimp shut. Microwave on high for 4 minutes; add time (in 30-second intervals) until the salmon is cooked. Let the parcels rest for 5 minutes. Open them and sprinkle on 1 tsp black sesame seeds.

Related: Muscle Meal: Salmon With Potatoes And Aioli In 15 Minutes 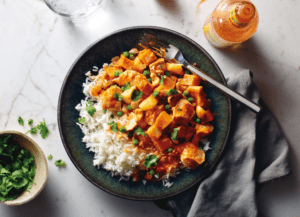 Related: Master Meal Prep: One Batch Of This Chili Equals Week’s Worth Of Eating 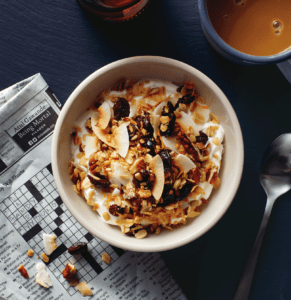 In a small bowl, mix ¼ cup each of coconut oil and maple syrup and cook on high until liquified, 30 seconds. In a shallow dish, mix 2 cups rolled oats, ½ cup chopped pecans, ¼ cup sunflower seeds, ⅓ cup coconut flakes, the zest of 1 orange, and 1 tsp cinnamon. Mix in the syrup and spread in an even layer. Nuke on high, stirring twice, until the oats are crisped, 5 to 6½ minutes. Stir in ½ cup dried cherries and cool to room temp. Add on top of Greek yoghurt.

Slice 1 medium sweet potato very thinly. (Use a mandoline if you have one.) In a small bowl, toss the slices with 2 tsp oil, ½ tsp cinnamon, ½ tsp chilli powder, and ¼ tsp salt. Then arrange the slices in a single layer on a parchment-lined plate. (You might have to do this in batches so the chips don’t turn soggy.) Microwave the slices on high until your chips are crispy, about 3 minutes. Serve alongside or crushed atop tacos. And they’re great with guacamole.

Related: This Make-Ahead Cinnamon-Almond Green Smoothie Is Perfect If You’re Not A Morning Person

Cooking times for these and most recipes are based on a 1200-watt oven, but not all microwaves have that much power. To find your machine’s wattage, look on the back plate or inside the door. Here are basic conversions from a three-minute cooking time in a 1200-watt oven. 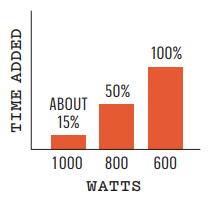