Whether you worship at the altar of low-carb high-fat, or just need some new kitchen inspiration, these recipes will make keto meal prep a breeze.

Photo by Ella Olsson on Unsplash

Whether you worship at the altar of low-carb high-fat, or just need some new kitchen inspiration, these Banting-friendly recipes will make keto meal prep a breeze.

Arman Aucamp, South African adventurer, actor and TV presenter, is in the best shape of his life. His secret? Armand attributes it to Banting and keto – a diet of whole, nude, stripped-down food, with a focus on limiting carbohydrate intake and eating more fat for energy instead.

Related: Are Beans Allowed On The Keto Diet?

Armand isn’t a medical practitioner, dietician or nutritionist. He’s just a guy who’s found a way of eating that works for him. And he’s enjoying it so much, he’s brought out a 2cookbook filled with his favourite recipes.

Good for him. But also, good news for you. Because the recipes in Armand’s book are not only downright delicious – you can also prep them in advance. Meal prep is one of the best ways to ensure you stick to any diet. But if you’re not used to it, it can be easier said than done. From not having the time, to not having the budget, or just not having a clue… it can feel overwhelming. Struggle no more. Armand’s recipes will show you how it’s done. And if you’re an LCHF devotee, he’s done the hard work, so you don’t have to spend your time painstakingly counting your macros to make sure you’re on target.

These recipes make meals for two; so if you’re cooking for one, you can freeze the extra portions and defrost them for quick, easy meals when you’re short on time. Cooking for four? Simply double up.

Related: Thinking Of Trying The Ketogenic Diet? Here’s What Keto Beginners Should Know 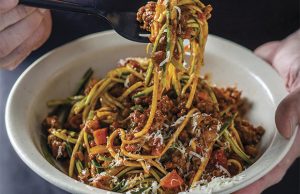 “This dish is real Aucamp staple food, and it’s probably a staple dish in countless households across the country and around the world, too. It remains one of the easiest dishes to cook, and immediately makes me long for the Aucamp dining table.” 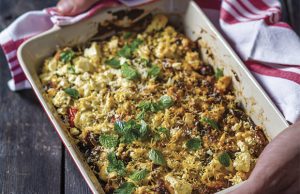 For The Brinjal Layer:

For The Cheese Sauce Layer:

1. Place a layer of fried brinjal in the bottom of an oven dish. Place all the mince on top, then cover the mince with a final layer of brinjal.

2. Pour the cheese sauce evenly over the moussaka, and sprinkle dried origanum over.

Portion out a serving for Wednesday and Thursday lunch and place in single-serving containers, ready to grab-and-go.

Related: Paleo vs. Keto Diet: Which Low-Carb Diet Is Right for You? 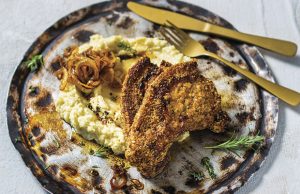 For The Crumbed Chops

Serve the chops on a bed of cauli mash, and spoon a generous portion of fried onion on top. Because this recipe only makes two servings, you’ll have the moussaka you pre-portioned for lunch on Thursday. 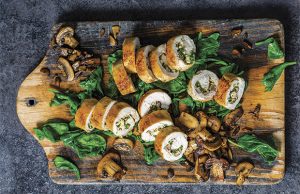 “I always think this dish looks so incredibly appealing and artful. But the truth is, it’s really quite simple. Feel free to play around with ideas for fillings – just make sure you’ve removed most of the moisture from whatever you’re using as a filling before you bake the dish. Afri-France! Bon appétit!”

Serve the roulades on a bed of fried spinach, and squeeze a little lemon juice over the dish.

Portion out a serving for Friday’s lunch and place it in a single- serving container, ready to grab-and-go.

Related: Ketogenic Diets May Help You Live Longer and Improve Your Memory, But There’s a Catch 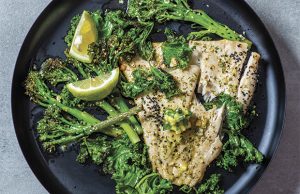 “Angelfish is another reason why I have started to cook fish more often. Let’s be honest, fish is shockingly expensive. Salmon, fresh tuna and even stockfish are prohibitively priced. Well, that’s where angelfish comes in. A most suitable name if you ask me.”

For The Fish And Broccoli

Serve with a knob of garlic butter on each fillet. And if you want to be extra fancy, garnish with black sesame seeds. (If you’re cooking this recipe for a date, I strongly recommend you do use the black sesame seeds!)

Keen on more keto meal prep recipes to keep you on track this year? You can grab Armand’s cookbook: 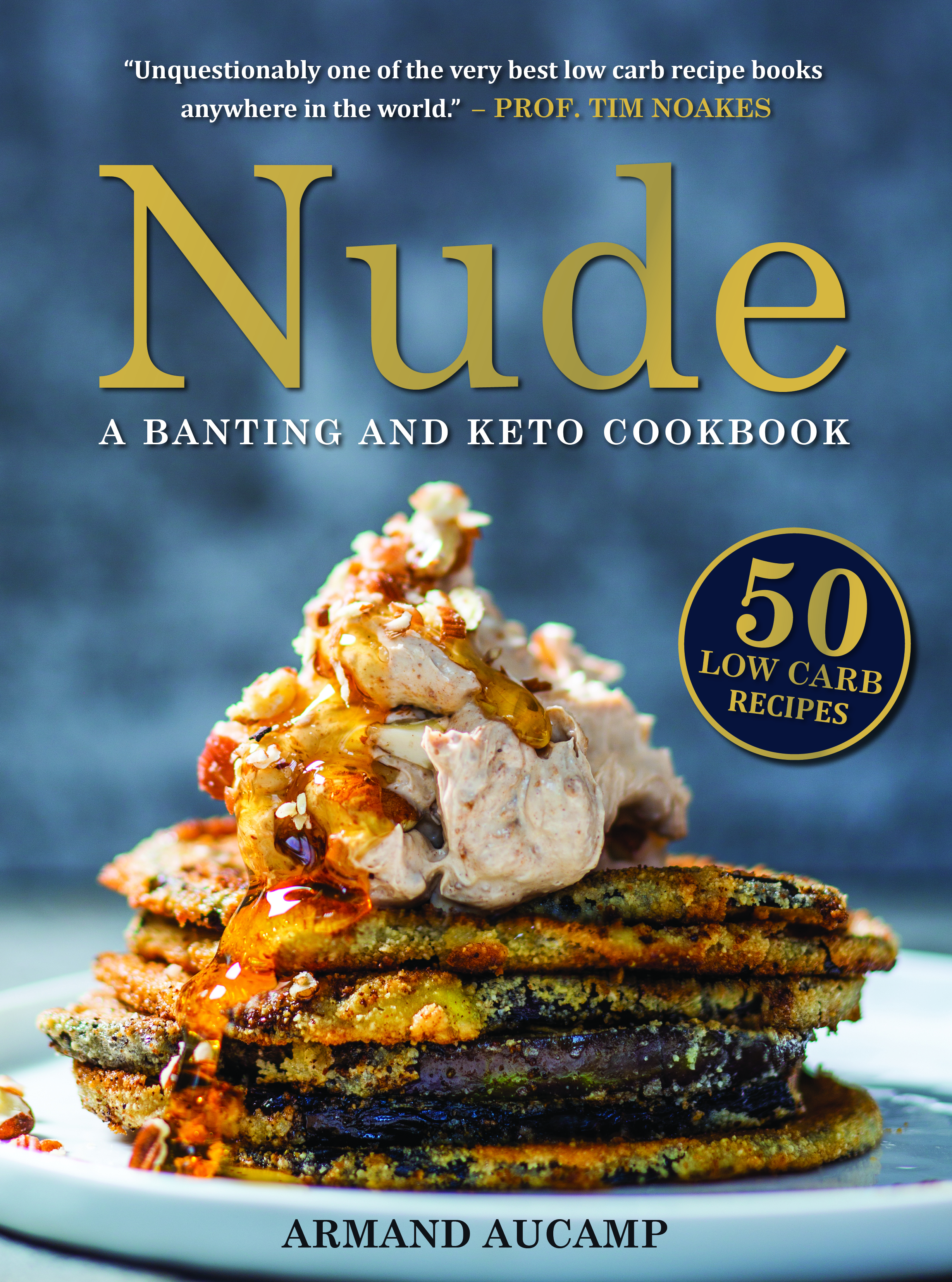