Be Wary Of The Hype: The Myth Of Superfood

An Incredible New Food is helping men across the planet lose weight, add muscle and even gain sexual stamina. You don’t know about panther berries?

Maybe you’ve seen them in the hands of fit Instagram celebs or in ads that stall your Youtube videos. Where can you find panther berries? Nowhere. We made ’em up. But the “benefits” cited above are not all that different from those of other so-called superfoods, like tiger nuts, chia seeds, jackfruit and coconut water, none of which live up to the hype when you look closely at the research. In fact, the FDA in the US hasn’t actually defined the term “superfood.” There’s no legal, scientific, or medical definition. As nutritionist Norman Temple of Athabasca University in Alberta puts it, “ ‘Superfood’ is purely a marketing term.” That doesn’t mean these foods are bad for you. It’s just that you should look at them with a careful eye, as we did.

Related: 6 Things That Happen When You Stop Eating Sugar 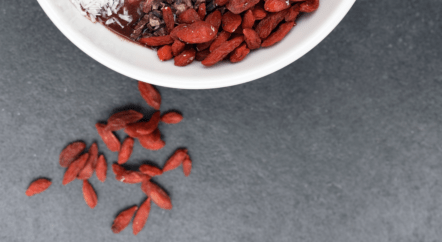 The Claim: These little health nuggets can treat diabetes, reverse high blood pressure, promote weight loss, enhance brain activity, boost immunity, battle cancer and protect against UV damage. Holy cow!
The Evidence: Goji berries do have a lot of antioxidants and other nutrients, but those other bold claims don’t stand up to scientific scrutiny. One widely touted Chinese study from 1994 suggested that combining goji extract with cancer treatment may prolong remission, but the study didn’t contain information needed to prove its accuracy.
The Verdict: If you want to add them to yoghurt, go ahead – they’ve got fibre, vitamin A and iron. But they won’t be putting sunscreen companies out of business anytime soon. Plus, at almost R30 per 30g for one organic brand we found, you need to really like the taste. 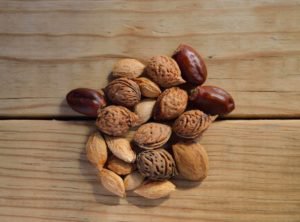 The Claim: These morsels prevent heart attacks, enhance immunity and improve circulation – and they’re gluten free! (They’re made from neither tigers nor nuts. Presumably the name “Yellow Nutsedge” didn’t have the same allure.)
The Evidence: Tiger nuts, also called earth almonds, are actually tubers. They’re nearly 50% carbohydrate, which makes them more starchy, kilo for kilo, than potatoes. Sure, they have lots of fibre, fatty acids and minerals – all good stuff – but research on tiger nuts is scarce. One study, published in BMC Complementary and Alternative Medicine in 2015, found that tiger nut powder mixed in water increased sexual performance… in male rats.
The Verdict: If you’re an impotent rodent, nibble tiger nuts. If you’re human, feel free to try them if you’re curious. They taste vaguely like coconut and are often a major ingredient in horchata, a refreshing beverage that’s popular in Spain and Latin America. Ground tiger nut flour is an alternative to wheat for people with celiac disease. 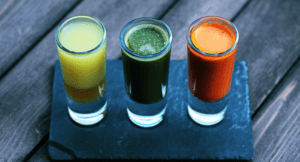 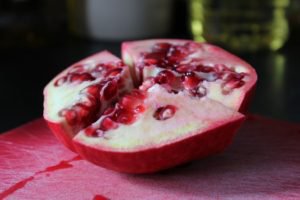 The Claim: It eases joint pain! It prevents prostate cancer! It’ll give you a stiffy! It’s the nectar of the gods!
The Evidence: Pomegranate seeds are an excellent source of fibre, antioxidants, and vitamins C and K, but evidence that the fruit provides any benefits beyond what other fruits offer is not convincing, says Diane McKay, of the Friedman School of Nutrition Science and Policy at Tufts University. Most of the perks, including the fibre and vitamin C, come from eating the fruit, not drinking the juice. Some pomegranate juice defenders point to small and/or short-term studies that suggest health benefits, although more research is needed to prove a causeand- effect connection.
The Verdict: Enjoy pomegranate, whole or as a beverage, if you like the taste – but don’t expect special powers. Compared with orange juice or whole fruit, pomegranate products are higher in calories and sugar, and lower in fibre and some vitamins and nutrients. 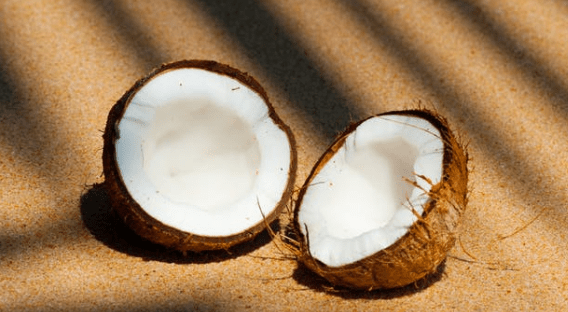 The Claim: It’s “Mother Nature’s sports drink”: more hydrating than water and performance beverages!
The Evidence: Coconut water does have important electrolytes, such as sodium and potassium. It’s also lower in carbs than most so-called energy drinks. But a 2012 study in Applied Physiology, Nutrition and Metabolism concluded that it doesn’t hydrate any better than a sports drink does.
The Verdict: Let dietician Nyree Dardarian spell it out for you: “If your goal is fitness and weight loss, plain water is the best option. I’d recommend coconut water if you’re a recreational athlete who doesn’t like to drink water and prefers flavoured drinks.” But if you’re doing exercise that’s more intense, such as marathon training, you’ll need to consume more carbohydrates to fuel smartly, she says. 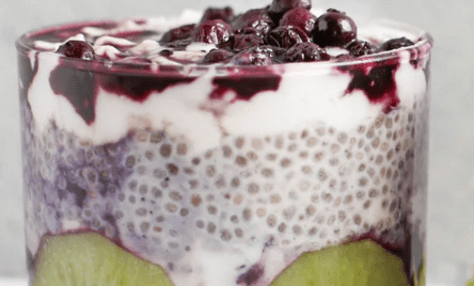 The Claim: Ch-ch-ch-chia seeds provide fibre, calcium and iron. But the biggie here is heart-healthy omega-3 fatty acids. One article (not in Men’s Health) trumpeted the fact that chia seeds have nearly eight times the omega-3 content of salmon.
The Evidence: Research reviews haven’t found sufficient proof that chia provides any lasting health benefits. Chia seeds contain mostly short-chain fatty acids, which are different from the long-chain form in salmon. While you may be consuming more omega-3s per gram, choosing chia means your body won’t net the boost that salmon offers.
The Verdict: The seeds may not have the omega-3 value promised, but they do contain 10g of gut-filling fibre per 30g. Blend them into a shake or scatter them into a bowl of yoghurt if you have trouble getting enough daily fibre.

Related: Best And Worst Things To Eat Before Bed

Four Easy Ways to Be a Super Eater

One food won’t lengthen your life. For that, you need a comprehensive plan

1- Eat Produce at Every Meal
Eat 2 cups of fruit and 3 cups of vegetables a day, the USDA advises, and reap their benefits. Have a fried tomato at breakfast, a sliced pear on your ham and cheese and one after-dinner banana. That’s a start.

2- Cook with a Variety of Oils
“Each type of fat has unique fatty acids,” says registered dietician Chris Mohr. Which one should you use? Match the flavours: butter for eggs, olive oil for Italian dishes and coconut oil for stir-fry.

3- Focus on a Steady, Stable Eating Plan
Beware of cleanses that claim to flush toxins from your body and shrink your gut. No solid studies have demonstrated the benefits of detoxes, a 2014 Australian review concluded.

4- Reassess Your Snacking
Men, on average, eat 3 800 empty kilojoules a day, a recent USDA report revealed. Before you snack, ask: “Am I hungry enough to eat an apple?” If you are, eat an apple. If you’re not, don’t eat anything.

Trying to drop a few kilos but don’t know where to start? Follow The Beginners Guide To Losing Weight