An Experts Guide To Whisky (Plus, How & Why You Should Be Drinking It)

Health benefits, history and class – this drink has spirit

It’s the drink of choice for the sophisticated man, but if you’re like many guys out there you’ve probably taken a sip, grimaced and vowed never to touch anything closer to an “on the rocks” than an Old Fashioned. But passing on whisky doesn’t just mean you’ll be left flying solo during your contemplative moments reclining in a leather chair, it means you’re also missing out on the health benefits of this liquid gold which is low on carbs and sugar, and has been shown to help prevent the onset of dementia and improve heart health. We’ve tapped the experts and the casks, and emptied the tumblers to bring you this guide from two masters of the whisky world:

Related: Our Top 6 South African Gin Picks, Plus How To Drink Them

Andy Watts – now with Distell – is Africa’s only master distiller. That means he’s in the upper echelons of the whisky elite, and more importantly, he knows what he’s talking about. “Whisky is a drink to savour. It’s not made in a rush so certainly shouldn’t be consumed in one,” he cautions. He says single malts aren’t suitable for beginners – which can be too powerful. Rather opt for blended whisky which is made by combining grain and malt whiskies.

“They are lighter in style and yet flavourful and will start your journey on the right taste profile,” he says. As your palette develops you can begin advancing up the flavour chain, from single grain whiskies and cask finishes to the aforementioned single malts. Pierre Meintjes, a Master of the Quaich (the whisky world’s uber elite), says it’s important to experiment as you it will help you eventually discover that perfect whisky for your palette. “Just don’t go cheap, there’s a reason for that extra low price.”

Related: These Are The 5 Utensils You Need In Your Booze Cabinet

Meintjes recommends using a tulip shaped glass with a stem when first trying a whisky. The shape allows you to swirl the liquid with an equal amount of room temperature mineral water and uncover its complexity. Nose the whisky by putting the aforementioned appendage right into the glass, breathing through your nose and mouth and “taste” the whisky at the back of your throat. Then drink a small amount, and close your mouth, letting the liquid coat your mouth, cheeks and tongue before swallowing. “This means the spirit won’t burn your throat on the way down,” adds Meintjes.

Contrary to popular belief, there are no rules when it comes to drinking whisky (well, at least as far as blended variants are concerned). Want it on the rocks? Go ahead. Prefer a mixer? It’s your prerogative. Watts says mixers are the perfect way to introduce first-timers to drinking whisky, as ginger ale or soda water can take some of the punch out of a blend but still retain many of the complex flavours. “When you start drinking single malts, it’s important respect the complex flavours by enjoying it as neat as possible, either on the rocks, with water or a combination of the two.”

Related: How to Detox Your Skin After Overdoing the Alcohol, Sweets, or Salt

Our team of MH editors weigh in on their favourite whiskies and why you should be drinking ‘em too: 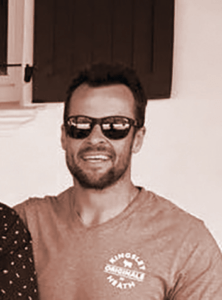 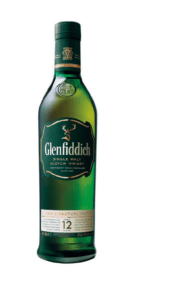 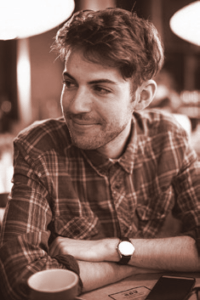 “Jim Beam White Label is one of the few bourbons you can get here. I’m fine with that because the caramel taste and oaky notes add up to form a great spirit that’s as smooth on the rocks as it is in a mixer.” 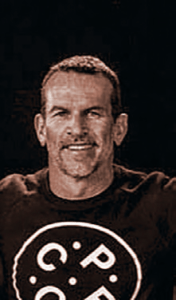 “Glenlivet’s 15-year-old single malt is one of the smoothest and easy to drink whiskies out there. Take in the deep gold colour and enjoy the aftertaste which is laced with traces of sweet almond and spice.”

Old-school Old Fashioned recipes are loaded with sugar. This slimmed down MH-friendly take on the classic drink courtesy of Molecular Labs is better than anything you’ll find at the bar. “The best whisky to use is one you love drinking,” says Labs’ Evert de Jong. “We’ve used a bourbon because it’s sweeter and means we don’t have to add extra sugar.”