15 Foods You Should Eat When You’re Constipated

Can't go? Try one of these foods the next time you're feeling stuck.

There’s nothing quite as uncomfortable as being stuck on the toilet after several failed attempts to poop. Technically, you’re considered constipated if you have less than three bowel movements a week or if you experience difficulty passing stool, according to the Mayo Clinic.

However, there is one thing that can keep you regular: fibre.

“You need fibre in your diet to help push foods through the intestinal tract,” registered dietician, Sharon Palmer, author of Plant-Powered for Life, told WomensHealth.com. Guys should aim for roughly 38 grams of fibre a day, according to the Academy of Nutrition and Dietetics.

Related: 6 Weird Things That Happen to Your Body When You Go on the Paleo Diet

Fibre typically comes in two forms. Soluble fibre, which is found in oatmeal, beans and avocados, absorbs water in your body to form a gel, which helps poop slide through the intestines more easily. Insoluble fibre, which is found in seeds and vegetable stalks, adds bulk to your waste, which helps speed up how often you poop. You need both to prevent constipation, but you should focus on increasing your overall fibre intake by eating a variety of food sources, like grains, fruits and veggies.

You can easily up your fibre intake with these 15 foods that will help relieve constipation: 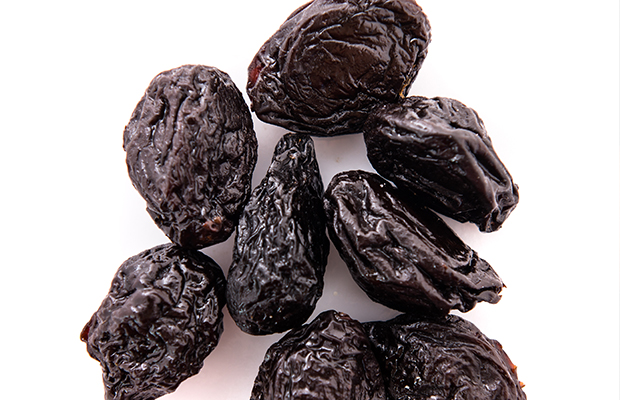 Prunes are a traditional go-to for constipation relief. A study from 2014 showed that constipated subjects who ate 100 grams, or about 10, prunes every day for three weeks improved their stool frequency. The amount of prunes used in the study offers seven grams of fibre.

This is because the insoluble fibre found in prunes increases water in the stool, while the soluble fibre increases stool weight to speed up how often you poop, according to Healthline.

Add prunes to salads or in a trail mix if you can’t stomach them alone.

A single kiwi fruit contains 2 grams of fibre. Eating two kiwis a day could help relieve constipation, according to a study from 2007. Researchers studied a group of constipated adults who ate two kiwis each day for four weeks. They found that compared to their pre-kiwi diets, participants reported using fewer laxatives, experiencing more bowel movements, and straining less while in the bathroom.

Nosh on either dried or fresh figs to get your fibre fix. A serving of three to five figs delivers five grams of fibre, plus they’re easy to toss on salads or mix into Greek yogurt.

Related: Do You Really Need to Wash Fruit Before You Eat It? We Found Out 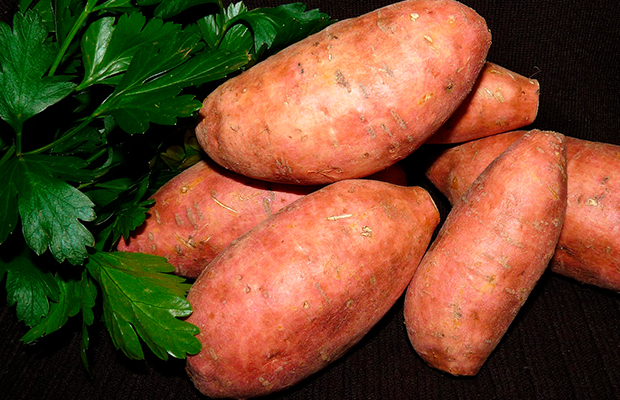 Sweet potatoes benefit more than your digestive health: one cup of sweet potatoes offers four grams of fibre, plus antioxidant vitamin A, which keeps your eyes, teeth, and skin healthy.

The next time you need some help with your bowel movements, turn to this movie theater favourite.

“Popcorn is a great low-calorie way to get more fibre in your diet,” Dr. Charlene Prather,told Everyday Health.

Eat three cups of air-popped popcorn to get 3.6 grams of fibre.

Try hitting the deli for your favorite sandwich the next time you have bathroom troubles. Research shows rye is more effective than wheat bread at improving constipation. In fact, people who ate roughly 240 grams of 100 percent whole rye bread each day had softer and more frequent stools compared to people who ate wheat bread. One slice of bread has roughly two grams of fibre. 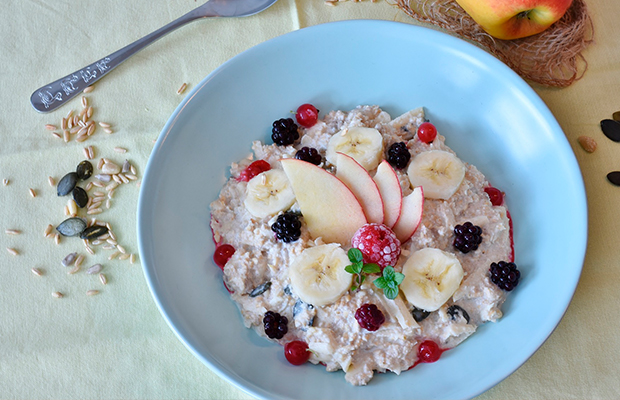 Doctors and dietitians are always singing the praises of oatmeal, and for good reason. This breakfast staple is linked to lower LDL, or bad cholesterol. It also keeps dieters full and has four grams of fibre per cup.

For extra fibre, top with dried figs or prunes.

Pears might not be the first remedy that comes to mind, but they are commonly used to help babies poop. With six grams of fibre in one medium pear, they’re also great for relieving constipation in adults, too.

All you need is one cup of raspberries for a whopping eight grams of fibre. A great low-calorie snack, studies have shown that raspberries can reduce the risk of heart disease

Related: 5 Sources of Fibre You Should Be Eating Right Now

Add a spinach salad to your next meal and get four grams of fibre from one cup of the leafy greens. They’re also a great source of magnesium, which draws water into the colon to help you poop, Health reported. 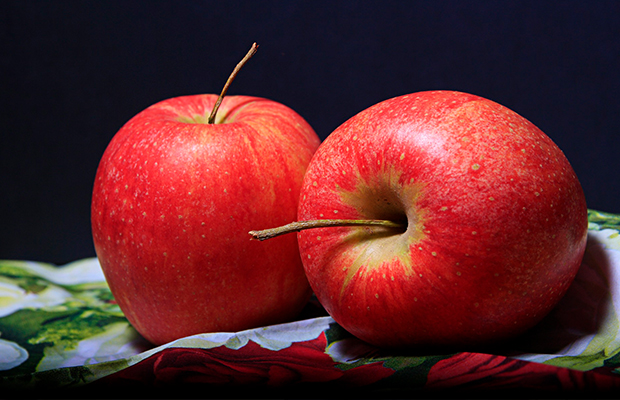 Apples are full of a specific type of fibre known as pectin, which can provide a laxative effect, Healthline reported. In fact, people who took pectin supplements for one month experienced less constipation and had more beneficial bacteria in their guts. A medium apple with the skin has 4.4 grams of fibre.

This tiny legume packs a nutritional punch: one cup contains 15.6 grams of fibre, almost half of your target for the day. Plus, one cup has nearly 18 grams of protein. 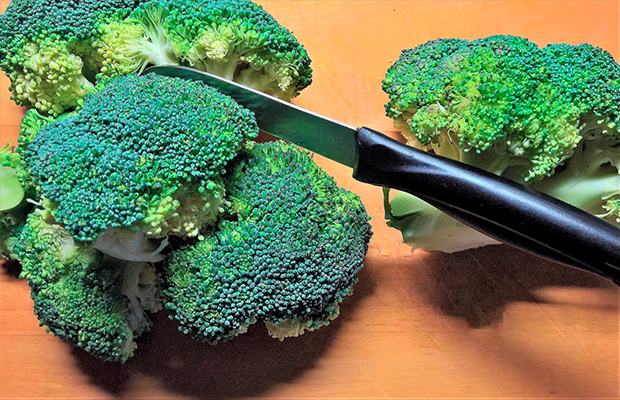 Turns out, your mom was right to force you to finish your broccoli: one cup contains nearly three grams of fibre and is a good source of vitamins C, K and folate. Get the most nutritional benefit by eating broccoli raw as boiling can leach many nutrients and reduce fibre content, Everyday Health reported.

Most people associate nuts with fat, but they also offer up plenty of fibre. 28 grams of almonds contains 3.5 grams of fibre while 28 grams of pistachios offers three grams.

Chia seeds are trendy and it’s easy to see why: 28 grams contains nearly 10 grams of fibre and almost five grams of protein. Plus, they’re easy to add to oatmeal, salads, yogurt or smoothies.