Trying to go from regular Joe to action hero? Then these exercises recommended by Marvel's Luke Cage actor Mike Colter are what you need.

Imagine for a few seconds that you’re a 38-year-old actor who just landed a Hollywood dream job – playing a Marvel superhero. But there’s a catch: you’ll need to pack on 13kg of muscle, despite your sciatica, so you can realistically kick ass like a bulletproof superhero.

That’s exactly what happened to Mike Colter in 2015. He was holidaying in Paris when he got the news, and he knew the transformation into Luke Cage for a Netflix series wouldn’t be easy. But in four months, Colter went from 93 to 106 kilograms, despite bouts of overtraining and a torn rotator cuff during filming. And he’s maintained his physique, proving that it’s never too late to turn your comic fat to Marvel-lous muscle. Here’s how Colter did it – and how you can, too. 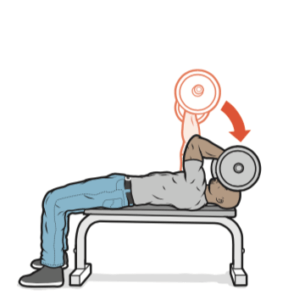 Nothing stimulates super-heroic triceps growth like the supervillainous spectre of a heavy bar just inches from your dome. Lie face-up on a bench holding an EZ-curl bar over your chest with straight arms. Bend at your elbows to lower the weight near your forehead; then straighten your arms. “If you’re doing it properly, it really burns into your triceps, and brings them to their fullest extension in the direction in which you want the growth,” says Colter. 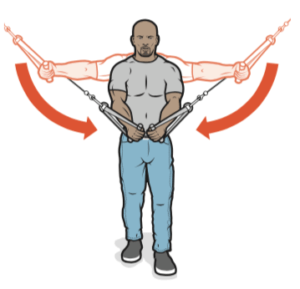 Aiming for pecs of steel? Pass on the bench press.

Instead, stand in the centre of a wide cable machine, grasping two cable grips, elbows slightly bent. Without bending your elbows further, bring the grips together, squeezing your chest muscles. “It gets your chest and arms fully extended, and then it requires all those muscles to con- tract fully,” Colter says. Feeling like a hero? Cross your forearms over each other at the end of each rep.

Related: The 15 Best Exercises To Build Your Chest 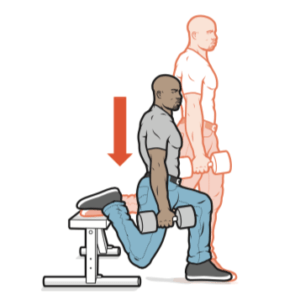 Think of this move as a supercharged version of the classic lunge. Assume a split stance with the top of one foot on a bench or box behind you. Bend your front knee until your thigh is nearly parallel with the floor; then return to the starting position.

“It’s one of the tougher lower-body exercises,” Colter says. He admits that the move can feel uncomfortable. “But as you know,” he says, “no pain, no gain.” Hey, every super- hero needs a cliché. 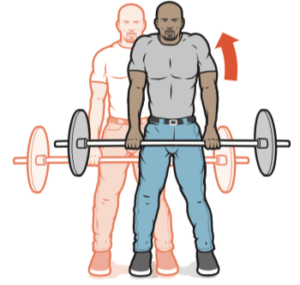 Big trapezius muscles help create the illusion of superhero size. And that means doing the barbell shrug. It requires grasping a barbell with both hands, keeping your elbows straight, moving both shoulders upwards, pausing a moment, and lowering the weight. Colter does standard barbell shrugs, and he’ll also do reps with the bar behind his back. No matter what, he never goes too heavy. “I don’t want to have a no-neck look,” he says.