You'll be amazed what you can do in just three moves ??

Henry Cavill is looking jacked. Yes, we know, Henry Cavill always looks jacked. But if you spent your December holidays binge-watching The Witcher along with the rest of us, you’ll understand when we say that Superman had nothing on Geralt of Rivia. Interestingly, the secret to Henry’s jacked physique in The Witcher is not the massive tyre-flipping, hammer-wielding full-body functional workouts he was doing as Kal-El. In the February issue of Men’s Health, he shares how trainer Dave Rienzi (who also works with The Rock, FYI) used moderate weights and good ol’ time under tension to get him, well, huge. Case in point: This trio of moves that builds powerful shoulders, biceps and forearms (critical for hoisting Geralt’s sword, by the way). Pack these Cavill favourites into your workout for a serious arm pump. 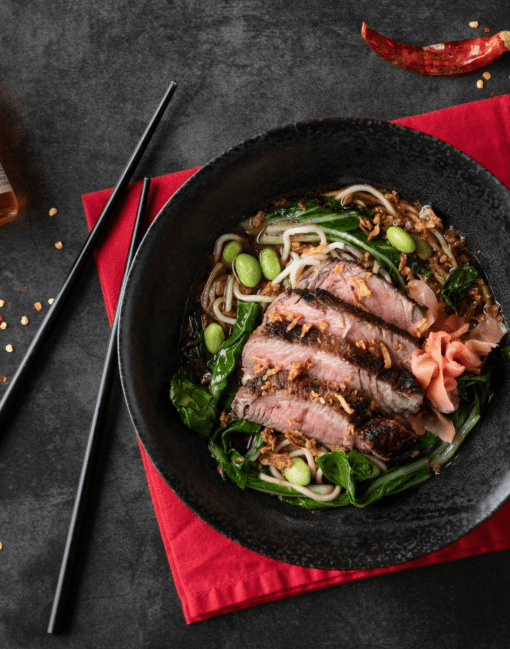 Take the las out of supper with UCOOK

Grab a dumbbell in each hand with an underhand grip and curl them up to shoulder height simultaneously. Now squeeze your right biceps as you lower only the left dumbbell, then curl it back up again. Repeat on the other side. That’s one rep; do three sets of 10 to 12. Optional: Maintain your best Henry Cavill single-eyebrow raise; at the end of your set, mumble, “hmmm.”

Related: This Is Exactly How To Escape A Botched Bench Press

Related: Get Superhero Strong With This Workout From A Celeb Trainer

You’ll need a cable station with two handles or a resistance band with handles for this one. Anchor the band around something sturdy and stand facing the anchor point. Grab a handle in each hand, palms facing forward. Hinge forward at the waist until your torso is parallel to the floor – this is your start position. Keeping your abs braced and upper body stable, straighten your arms behind you, squeezing your triceps. Return to start. That’s one rep; do four sets of 10, resting just 45 seconds between sets. “F*ck.” 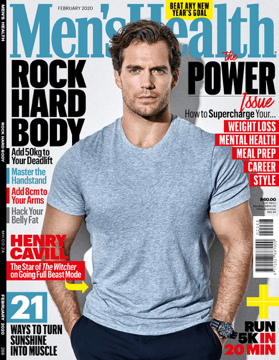 Get all Henry Cavill's workout secrets in the Feb issue of Men's Health!