Stronger, better, faster. The Men’s Health slogan promises a lot of things all in one. Every year the guys in the office get a chance to prove we’re not all talk: twelve weeks to get serious about our training. Three months to go from scrawny to brawny; one hundred days to muscle up. There will be five of us, and we all have different goals, different numbers to aim for. Most of the guys are looking to get stronger, or better, or faster. Then there’s me. I’m gunning for all three.

The last time we did this I spent 12 weeks in a dark and sweaty dungeon of a boxing gym, learning new things, like how many hills there are in Woodstock (too many), and what the high-intensity part of high-intensity interval training looks like in the mirror (not great). Like how to get hit and not die, and how to bleed and hit back. Ten years of chilling on the couch got undone in three bruising months of dodging fists and well, not dodging them fast enough, and it all started with running. In the beginning, I was throwing up every couple hundred metres, having mini panic attacks when my lungs closed up. In the beginning, I was a mess but I did my time in that underground boxing gym and it got better, easier, the more I kept coming back. Twelve weeks turned into twelve months and I got braver.

The last time we did this I spent some time in the ring and I got my body back. This year I’m ready to see what it can do. This year I want to try trail running.

If you want to stand on top of the world you’re going have to get up there first. Trail running is everything all at once: serious distance, serious terrain, serious risk. It’s horrible going up, and worse coming down, and a mountain doesn’t care about my legs or my lungs or my back. If I’m not ready it’ll be worse than having mini panic attacks or throwing up every few hundred metres. If I want to get anywhere close I’m going to have to pick up a few heavy things and put them down again, run faster than I think is possible, build a core that could fire up a nuclear reactor.

I want to deadlift 100kg. Run a 5K in under 20 minutes. Build an eight-pack. And towards the end of July, there’s a Winter Trail Series – four races in four weekends, in some of the Western Cape’s most hostile countryside. I want to run them all.

If I’m going to stand on top of the world I’m going to need some help. Chris Lippstreu from Race Fit teaches trail running for a living. More specifically, he specialises in strength training for endurance athletes: guys who want to be strong and fast, forever. I’ll be in his gym in Claremont at 6am twice a week and on the road the rest of it. Weekends are for running up mountains, and rest days are for, well, other people.

The Men’s Health Staff Challenge is a lot of things all in one. If I want to win it I’ll have to get stronger, better, and faster. Deadlift 100kg, run 5K in under 20 minutes, build an eight-pack. Some guys are happy to bet on one thing. Some guys just want one. I want them all.

Here is the plan  I’ll be following: 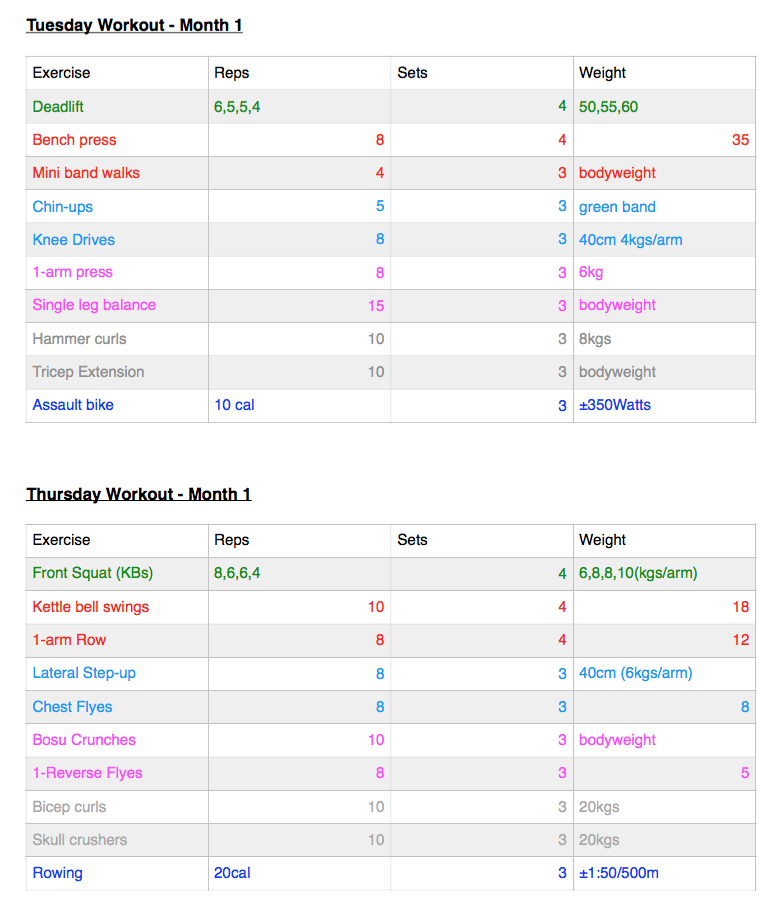 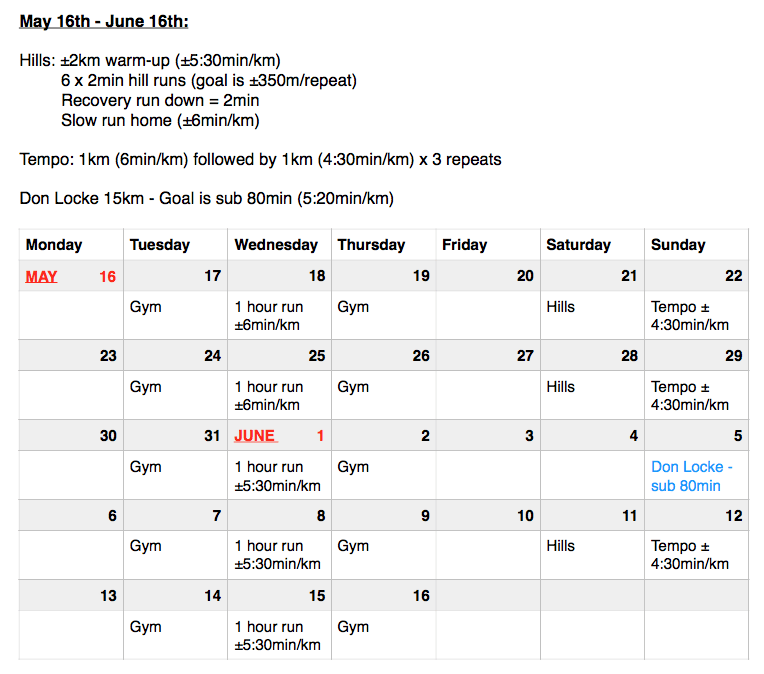 Any questions, or have decided to follow my plan along with me and want to let me know? Find me on social media: