It's not all leg days and track time

We caught up with Simbine last year to find out more about his no 1 rule when it comes to training.

Related: From Addict To Olympian: The Luvo Manyonga Story 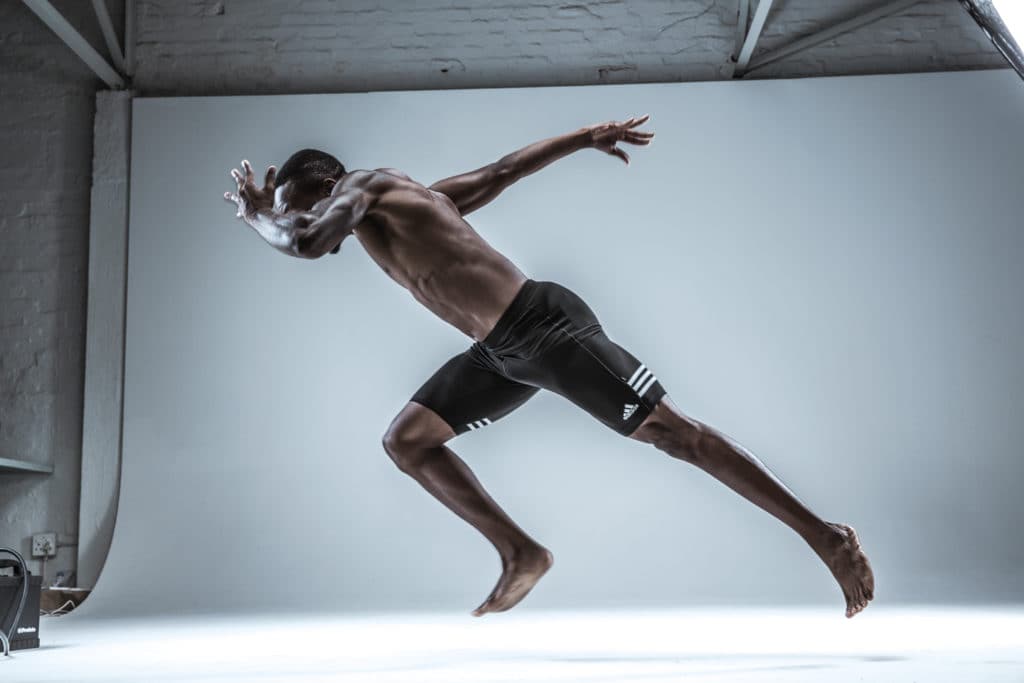 Watch Simbine carefully when he’s setting up at the starting block. Here’s a man who wants to become a wrecking ball. That’s the mentality. But that needs to be backed up by the right training. And you’d be forgiven for thinking the runner’s workout schedule is nothing but leg days and track time. It’s the exact opposite.

“I focus on developing muscle in my arms and shoulders, because that’s what I use to drive and create moving force,” says the sprinter. “If my arms can move efficiently, my legs will follow.” That’s the thing about sprinting: the power starts in your upper body.

To power up those muscles, Simbine has two special weapons.
First, the standing shoulder press.
Second, the standing dumbbell row.

Both moves build superhuman strength while still working the core. And that latter muscle group is just as important for Simbine. “A strong core is where you get your stability and control from,” he explains. “When you’re sprinting, you need to be able to stablilise all that power and speed coming from your arms and legs. Without it? You can’t run fast. You’re wasting so much energy on just staying upright.” 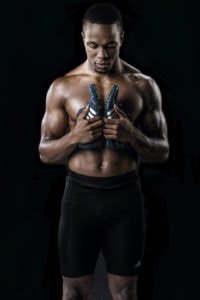 It’s why he weaves in crunches, jackknifes, hanging leg raises, leg drops, leg raises, Swiss ball crunches, back extensions and hip lifts, topping it all off with a few plank variations. He wants a core that can withstand anything. Look, chances are you’re not about square off against Usain, but Simbine’s approach translates into all-round better fitness, whether you’re a runner, cyclist or gym rat, you name it.

While Simbine is a big advocate for pushing your body to its limits, he also preaches a cautious approach. “Hit the gym,” he says. “But don’t rush to pick up the weights. Too many guys go straight into weightlifting. You need do some cardio, some core work, and build those smaller stabilising muscles before you even think about picking up your first weight.” That’s a strong baseline to aim for, especially if you haven’t worked out in a while. Think of that as rule number two.

Rule number one? “Walk into the gym with the mentality that you’re going to achieve your goals. There’s no point going in and bailing before you’ve finished the work,” says Simbine. “Complete your session, especially when it’s tough. That’s when the real results come.”

Up for a challenge? Here’s how you can Train Like An Olympian