PLUS: Their tips for staying motivated.

We’re all suffering major gym withdrawal right now and having to get seriously creative with home workouts. But when your career depends on you being in shape, the stakes are raised.

READ MORE: These Sports Heroes Are Challenging You To The ‘Living Room Cup’!

2020 was meant to be an Olympic year. The Proteas were on tour, Super Rugby had just got underway and we were just past halfway in the Sevens series. That means most pro sportsmen were in peak condition when President Cyril Ramaphosa said: Stay. At. Home. (Or else). And they need to retain their fitness to be ready for when sport starts again. 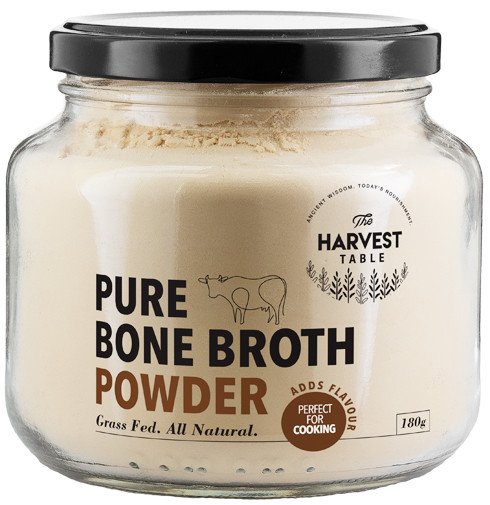 So while the rest of us tested our metal on the 21-day garden marathon challenge, fuelled by recovery banana bread, ultra-trail runner Ryan Sandes upped the ante by completing a casual 26-hour 100-miler around his house. Meanwhile, other athletes have swapped state-of-the-art training facilities for makeshift patio or garage gyms. Check out how these three top SA sportsmen are staying in shape and steal their tips.

When lockdown was announced, Wayde had just hit the competitive track for the first time after a serious knee injury he sustained back in 2017. He was building up for the Olympics in July. But while the rest of us are as disappointed to see the world record holder’s comeback postponed as we are to have to wait until December for Top Gun: Maverick, Wayde is using the extra time to keep up his conditioning. Here are three lessons you can learn form him.

Without access to the usual training facilities and structures, Wayde, like many other athletes, is approaching lockdown with the goal of maintenance, rather than building. “To be honest, the routine and structures aren’t as I’d like,” says Wayde. “We were working towards our in season so a lot was focused performance training, but now that Olympics has been moved and the season all a bit adjusted, that means we are now forced to move towards a focus more on maintaining where you are.”

READ MORE: These Home Workout Hacks Will Make Your Home A  Gym

If you’re trying to keep up with the building phase you were in prior to lockdown, you’ll quickly become disheartened. Focusing on maintenance will motivate you to keep active and feel like you’re doing something constructive even though you’re not seeing visible improvements.

2. Remember There Will Be Life After Lockdown

If the idea of working out for maintenance doesn’t gel with your goal-oriented personality, think about the last time you got back in the gym after being sidelined by injury or illness and how much it sucked. Remember that lousy feeling of starting from the beginning? That’s why maintenance isn’t a waste of time – it’s keeping you ready to pick up where you left off, rather than having to go back to square one. “Knowing there’s still a full track season ahead leads to us having to keep in shape and sharp, so we don’t just start from the start once the coronavirus has calmed down.”

We know how you generally like to approach exercise – skip straight to main course and go home. No warming up, no stretching. But with limited access to the equipment you’re used to (whether that’s heavy iron and a squat rack or a long, open road) now is the time to work on the aspects of conditioning that you typically ignore: mobility, flexibility, stabilisers, core strength.”I’ve actually been keeping myself busy with some workouts with my wife, like yoga and Pilates – not easy at allllllll!” says Wayde. They do streaming classes that typically last 20-30 minutes – “with breaks in between!” Wayde laughs.

“It’s fun working with Chesney, my wife, and I actually try and challenge her by offering her some of my workouts as well,” says Wayde. He had already bought some training equipment for home that’s coming in useful now. He spends 45-60 minutes at a time working on his legs, glutes and core and he has a Technogym Skillmill for practising sprints.

Rainy day. But work goes on!!! God has blessed me with a gift and I won’t take it for granted. ?? #QuietStorm #Pray1st

Shakes was also coming back from injury when the rugby sevens series was put on hold. Plus he has the added frustration of not being able to train with the team. “Everything that was planned was completely turned upside down,” he says. While he admits that he’s lost some strength, Shakes is still pushing hard to stay in shape and maintain fitness. “I just love the feeling of testing myself and pushing my body to the limit,” he says. “But to say I’ve given up on the season, I would be lying.” Use these three tips to stay on track with your own training.

Shakes trains once a day, every day for anything from 30 to 90 minutes. “There’s no routine – every day is different – but I must put in my workouts. I do them before lunch mostly,” he says.

Check out this killer workout…

“It’s 110% possible to stay fit and healthy during this time,” says Shakes. His workout regimen is well rounded, including conditioning, strength training and high intensity interval training. Shakes doesn’t have a state-of-the-art home gym. He has a 10kg medicine ball, a resistance band and a skipping rope. But there’s a lot you can do with just your body weight, he says.

READ MORE: How To Burpees Even Better Than Before

For him, burpees are especially good for preparing him to return to the field. “They get the lungs going, test your strength and muscle endurance and the movement of hitting the ground and getting up happens quite a bit as well on a rugby field,” he says.

If you live with family or housemates, get them involved. Try new things. Connect with your old gym buddies for virtual training sessions. “I train with my 16 year old nephew,” says Shakes. “He’s pushing hard but he’s not used to training so much! I’ve had virtual training sessions with mates and I’m doing a few challenges as well from friends and the internet.” If these drills are anything to go by, that nephew is going to be a beast by the time we get out of lockdown!

Watch Shakes and fellow sevens player Ruhan Nel take on a streaming partner workout challenge. Then try it with your gym buddy!

In Teams of 2. Have a friend nearby or get them on FaceTime or Whatsapp video call. 50 Rounds. 5 Air Squats 6 Jumping Lunges 7 Push Ups You must complete the entire round of 5,6,7 before your partner can go! You both will be doing 25 Rounds each. Time to beat is 12m:47s. Let us know how you guys did. Be sure to tag myself @shakeymilkshake , @ruhannel and @underarmourza with #throughittogether to stand a chance to win an online shopping experience on the new online store launching soon. Shout out to @ruanrr12 @mhc_fitnesscentre for always challenging us! @ruhannel @underarmourza @esportif_sa #stayhome #stayactive #stayfit #stayhopeful #throughittogether

A month before lockdown, Kevin Lerena defended his title for the sixth time, beating much older and more experienced boxer Firat Arslan. There was some controversy around the fight, with critics saying Arslan’s team threw in the towel too early.

READ MORE: All You Need For This Standing Core Workout Is 2 Water Bottles

But reflecting on Instagram, Kevin said he believed it was the right decision: “To be totally & brutally honest it wasn’t going to end well for Firat Arslan. I was in the best shape ever and I was only getting going.” Now, at home, Kevin’s grafting hard to maintain that shape before he gets in the ring again. Here’s what you can learn from him.

1.  Don’t Give Up Just Because You Don’t Have Equipment

Kevin doesn’t even have a boxing bag to train on while he’s in lockdown. “I literally have a spinning bike and an assault bike,” he says. But that doesn’t stop him putting in the hours. He trains every day – sometimes twice a day. “Due to Covid-19 my routine is completely out, but it’s about adjusting and adapting,” he says. “I know that, once this is all over, it’s back to business. So I have to stay sharp.”

ᵀᴴᴿᴼᵁᴳᴴ ᴵᵀ ᵀᴼᴳᴱᵀᴴᴱᴿ #throughittogether ! Friday morning at 10am I’m gonna hijack the @underarmourza IG page and go live on their story ? Tune in if you have any questions to ask me ??

Just like Shakes with HIIT workouts and Wayde’s skillmill sprints, Kevin says intensity is key to making a home workout effective. “I don’t go over an hour, but I try keep it intense,” he says. His workouts are all body weight and focused on sport-specific exercises. The most beneficial exercise for him is shadow boxing. He does 3 mins; on 30 sec off for 15 rounds. “This can get the hear rate up and without a bag it’s the closest thing to a fight/boxing,” he says.

3. Get An Online Coach

Kevin does his workouts alone or with his girlfriend, but he does online sessions with his biokineticist. If you’re struggling to push yourself hard while training at home or you’re worried that your form is off, signing up for online sessions with a personal trainer can help. They’ll keep an eye on you through your phone or laptop camera and keep you honest.