Stormers battering ram Siya Kolisi is the embodiment of explosivity. “Siya is blessed with superior athleticism,” says Stormers strength and conditioning coach Stephan du Toit. Siya is a mesomorph, Du Toit explains, which means he has a lean body mass and can increase his muscle mass over a much shorter period than the average athlete. “His posterior complex is exceptionally strong, assisting him in being extremely powerful.”Du Toit says that Kolisi’s ability to accelerate over a short distance is the key to him dominating collisions on attack.

Olympic lifts and jumps are the secrets to Kolisi’s explosivity. They complement his game, says Du Toit. “He loves the one-arm row. It’s his favourite exercise and it gives him confidence after completion.”

If you want to get explosive, you need to get strong – like Du Plessis. “Bismarck is incredibly strong,” says Steele. And it’s overall strength, he adds. “He has upper and lower body strength and this gives him the ability to convert that strength into power where it’s needed most.”

This is where training and principles become very important, says Steele. “If you’ve got athletes who neglect that and go towards bodybuilding types of exercises where they look for weight gain above than anything else, that’s when problems arise,” he warns.

“I coach principles, not movements,” says Du Toit. “Behind every movement there is a principle.” Athletes need to understand the basics of a training programme and once it’s been implemented, they can progress to more advanced training principles, says Du Toit.

New to training? Master your technique first. “I have started to see that the younger athletes are now able to latch onto the correct processes,” Steele says, adding that he’ll work on developing an athlete for two to five years. One such athlete is relative newcomer, Pieter-Steph du Toit. When he left Swartland High School after being discovered by Rudolf Straeuli, his fitness was still raw. “In a very short amount of time, he’s done surprisingly well,” Steele explains. “He’s only had one season of playing Super Rugby and he’s already managed to become a Springbok, so there’s a lot of room there for development.”

“We test our players regularly to make sure there’s not massive drop-offs in terms of strength,” says Steele. “Halfway through the season, some individuals might have lost some body mass because they haven’t been able to gym hard enough. Then those issues have to be looked at and met. And this really falls onto the specifics of the players.”

At the start of every off-season, Du Toit focuses on building his athletes’ muscle mass that is lost during the in-season. “Rugby players generally lose 10-14% of their strength during the in-season due to the decreased amount of gym sessions.” (Fortunately for the Stormers, Kolisi averages only 5%.)

At the end of the season, Du Toit prescribes a three-week hypertrophy/strength programme for the Sharks, followed by a three-week strength/power phase, repeated until the season starts. Here, keeping track of your stats will pull you back to your form. “You can’t manage what you don’t measure,” McIntyre insists.

Consistently evaluating and measuring yourself is crucial to maintaining fitness, Steele points out. “It’s definitely something that if you don’t train it, you lose it.”

Knowing your potential energy helps you move about the field more efficiently – and it can be the difference between being in the starting 15 or sitting in the stands. A player’s power output plays a pivotal role in designing specific training programmes and being able to accurately assess whether a player is back to full fitness after returning from injury, says McIntyre. It also influences selection for coaches, he adds. “Very often when coaches have to make a 50/50 call on who to select between two players, the testing scores and measurement profiles are reviewed and the best conditioned player get will often get chosen,” he says.

To make sure you transfer all the strength from your muscles to powerful action on the field, you need a very strong pivot, like a transfer case on a 4×4. This is where your core comes in. If you have a weak core, it’s difficult to transfer your available strength into fast and powerful movement. The solution: add three core exercises to your weekly training plan.

Related: Train Your Core And Do Cardio At The Same Time With These 6 Moves

TRAINING TIP: Read between the lines

Work out your legs’ explosive potential by measuring the difference between your standing height and jumping height with this Sports Science Institute-approved test. All you need is chalk, a wall and trainers. Stand with your right hip against the wall. With your right hand, mark the highest point possible with your heels flat on the ground. Then (without a run-up), bend at your hips and knees and use your arms for momentum to jump and mark your highest point. 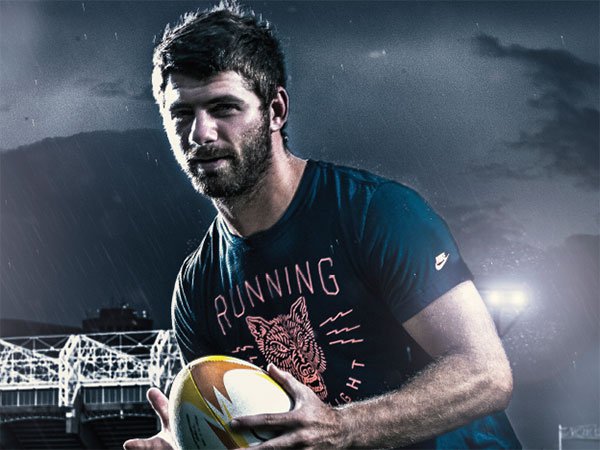 While agility is in the job descriptions of players like Cheetahs phenomenon Willie le Roux and Stormers sensation Cheslin Kolbe, it’s not only confined to them. “The modern game requires extreme athleticism from all players,” McIntyre explains. “Naturally, if you are a wing, speed will be your main focus, and if you are a prop, strength will be yours. However, due to the nature and demands of the game, quite simply each player needs to be trying to get as strong, powerful, fast and as agile as possible – regardless of their position.

Related: 6 Ways to Boost Your Speed

Props that can scrum as well as add value across the field become very valuable, so speed and agility work for them is also very important.” Diminutive Stormers speedster Cheslin Kolbe makes turning corners at top speed look effortless, but it still requires hard work. “You often hear players are born with something and Cheslin is born with a special skill,” says his strength and conditioning coach, Stephan du Toit. This skill is called “SAQ” in the business – speed, agility and quickness. But if it isn’t stimulated often, it can be lost.

Kolbe, a former Sevens star, can thank his lucky genes – specifically, his high lean body mass and fast-twitch muscle fibres. “His strength-weight ratio, power-weight ratio, vertical and horizontal displacements are superior,” Du Toit explains. If your strength is agility, your conundrum is: SAQ versus skill. “The fine line for me is to ensure that Cheslin does not get too heavy for his frame (if we decide to add more lean body mass), and lose his skill,” Du Toit says.

The Sharks focus on the bends in the lower body as the sources of the line-breaking sidestep. “We look at the hip, the knee and the ankle as being the primary joints with regards to movement,” says Steele. The mobility and flexibility that comes with heightened agility levels must be worked on throughout the year via a combination of various mobility, dynamic and static  stretching drills and exercises, advises McIntyre.

Want to have a quicker leg turnover and faster feet? Go old-school with your training. Look to boxers for inspiration and invest in a lightweight skipping rope. Not only is it a great tool to use in a warm-up, doing advanced skipping routines like double-unders, triple- unders and crossovers will improve your  coordination, reflexes and foot speed.

TRAINING TIP: Agility is More Than Having Nimble Feet

Use your arms as rudders, advises Jacques du Toit of the Sports Science Institute. Pump your arms like a 100-metre sprinter as you take off, and be sure to lower your centre of gravity as you take turns. 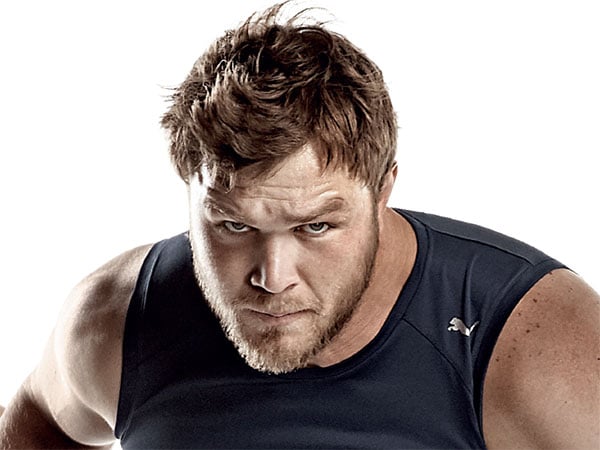 During the season, Duane Vermeulen’s gym work is mostly made up of maintenance work, with the seriously heavy lifting done in pre-season. Get yourself up to Springbok level with these four moves, and then try for the bonus point

Holding a dumbbell in each hand, stand mfacing away from a bench with one leg resting on it, laces down. Squat down with your standing leg until the knee of your trailing leg almost touches the floor.

Push up through your front foot to return.

Standing holding a dumbbell in each hand at shoulder height, palms facing forward. One at a time, raise each arm to push the weight up until it is fully extended.

Lower to the start position and repeat.

Keep your core tensed throughout.

In the leg press machine, position your feet shoulder-width apart on the platform and raise until your legs are outstretched without locking your knees. Slowly lower the platform until your knees are at 90 degrees to the floor, then push back to the start position.

From a push-up position, raise one foot off the floor and bring your knee up towards your elbow. Pause, then return to the starting position and repeat on the other side. “I usually go 20 metres both ways, with a 20kg weight on my back,” says Vermeulen.

Here’s a move from Vermeulen’s Super Rugby preseason regimen. “Fill a stability ball with water, and then carry it 20 metres,” he says. “It sounds simple, but a lot of the guys struggle.

Remember, the water in the ball sloshes around, so you have to stabilise your core.”