Use this Guy’s Secrets to Ditch Kilos, Realise Your Dreams & Get in the Shape of your Life 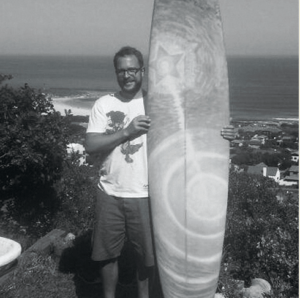 Philipp Hartmann  wanted to become a pro surfer, but his gut got in the way of his ambitions. Here’s how he lost it – and became a big wave chaser.

Philipp Hartmann is a fully-fledged waterman. The humble 37-year-old entrepreneur from Germany loves surfing, even though, in his own words, he’s an average surfer at best. After meeting him and listening to his story, we know there’s nothing average about him. Philipp’s journey started with a dream of surfing big waves – but he didn’t know how to go about achieving it. Thanks to a heavy work schedule and demanding family commitments in Germany, he’d become unfit and had missed 2015’s big wave season. He never wanted this to happen again. His plan for 2016 was simple: acquire the level of fitness needed to surf a particular big spot in Cape Town, called Sunset Reef. Philipp has twin babies, owns a digital agency called GSDH and a digital production house, and is involved in a few start-ups too. Philipp knew if he was to find time for training, he needed professional support, so there wouldn’t be any excuses. His surfing salvation came in the form of Neil Zietsman, who runs 3S Functional Training. Here’s what he learnt. 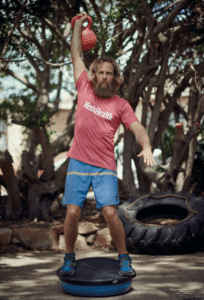 1. The Problem
I grew up in Germany without access to the ocean and started surfing late, so I lacked that innate technique kids acquire so easily. My way of compensating for this was to try surf bigger waves, but my surfing wasn’t progressing, and I didn’t know why or what to do about it. I still didn’t attribute the problem to being out of shape or my level of fitness.
The Lesson: Don’t wait for things to magically get better. Make decisive choices and find the right expert right away.

2. The Change
The penny dropped about a year and a half ago, when I started struggling in my sessions. It felt like I couldn’t even do a decent take-off, I was missing waves and I really wasn’t enjoying myself. Reality kicked in: over the past three years I’d been working way too much and wasn’t training at all. I was also drinking too much beer.
The Lesson: I had too many projects: some were real energy drainers, and I didn’t have focus. I pared my life down. 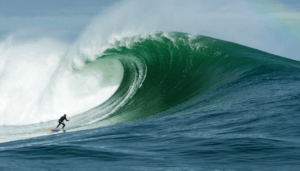 3. The Strategy
I called Neil and told him my goals: surf Sunset as a stepping stone to surf big waves; and improve my surfing overall. I needed to be as fit as possible to handle a big wipeout and the beating that comes with it. My regime focused on stamina, strength and neuromuscular training, balancing exercises and flexibility. I ran, swam, did yoga and a breath-hold course. I even went to Indonesia for three weeks.
The Lesson: Fast-track your goals by using professional support.

4. The Result
This lead to my best surf year ever. Next to Sunset, I was able to surf challenging waves in G-Land and Mentawais, which I could never have surfed before, and we improved my small-wave-skills. I’m still training with Neil, and I’m more self-aware of my surfing (and mistakes) and more consistent than before. I’m now able to hold my breath close to four minutes when static. I’ve lost about 8kg and my constant back-pain (result of breaking my back kitesurfing in 2004) is gone.
The Lesson: I’m happy when I’m healthy.

My new goal: being fit enough in 25 years to still be able to join my children on a surf trip to the Mentawais.

Philipp’s 3 Rules for Success
RULE 1 : Create a goal. Once you know where you’re going, you can work backwards from that to figure out what needs to be done. Set a time goal (his was six months).
RULE 2 : Think holistically. Surfing a big wave isn’t just about being in good shape. You need the right equipment, an escape plan if things go wrong and a good understanding of yourself and the environment.
RULE 3 : Use a system. Nature didn’t play its part. There were no waves for the first part of winter. He had to wait eight months for the wave, but Philipp had a system in place and was ready when the opportunity came rolling in.