The Salomon Speedcross has become a widely popular line of trail running shoes, preferred by superstar trail runners like Ryan Sandes, pictured, and aspiring mountain goats too. The fourth edition of the shoe is seen as an upgrade on the Speedcross 3 rather than a remake. Differences include the fact that the Speedcross 4 offers 22% more surface area, in an effort to add more traction.

Although the Speedcross 4 is marketed as a shoe for all types of trail runners, it differentiates itself from other trail running shoes that I have used when it comes to longer, more technical trails. Specifically, the shoe’s toe protection emerges as its most admirable quality. As a trail runner, when you dart down mountain paths that most people would rather cautiously walk down, it is fair to expect some degree of pain caused by your toes continuously bashing against the front of your shoe, sometimes for kilometres on end. Despite putting the Speedcross 4 through multiple steep descents, I was pleasantly surprised to find that my toes did not feel any discomfort. 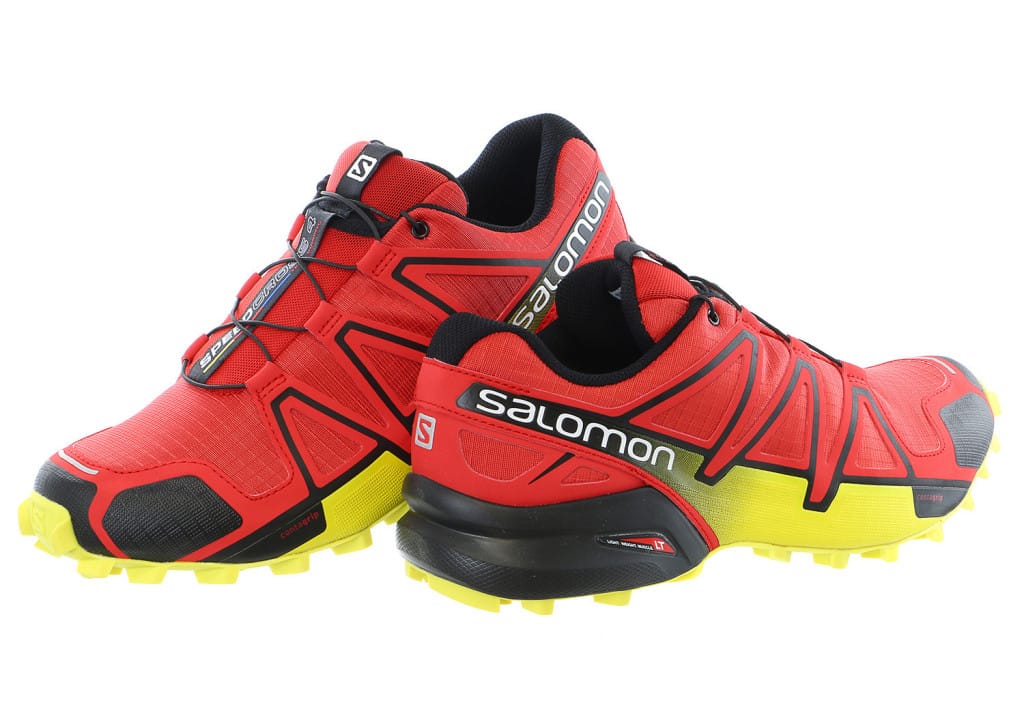 What disappointed me about the shoe is that even though it has impressively large lugs and claims to offer more grip than its predecessor, after a total of 50km of varied trail running I could not discern a difference in terms of the grip offered by the Speedcross 4 when compared to my usual trail running shoes.

In general, I prefer a more minimalistic shoe. Due to its 11-degree heel to toe drop, plenty of all-round support and large toe box, the Speedcross 4 is far from minimalistic. Yet despite this, at no point did I feel weighed down by the shoe. Nor did it feel bulky. If anything, due to its all-round support and comfort, the Speedcross 4 has made me reconsider my preference for minimalist shoes.

What the Speedcross 4 taught me is that the brand is popular and respected for a reason – it offers good comfort and a sense of certainty in the tough, unpredictable terrain that defines train running. In its latest model, Salomon has continued to nudge their good reputation forwards.