Ndyebo 'Pax' Mapekula is the captain of Run Base Cape Town, an adidas running club in the Mother City. This is his story.

South Africa is home to some of the most prolific runners in the world. Speedsters such as Akani Simbine, Wayde van Niekerk and Henricho Bruintjies have taken the athletic world by storm over the past few years. This has inspired a running culture that is constantly growing throughout the country, turning the act of running into less of a competition and more of a lifestyle.

Runbase Cape Town, an adidas running club, is a community of runners who meet up, stretch and, of course, run together on a weekly basis. The group is captained by 25-year-old Ndyebo ‘Pax’ Mapekula, a trusted leader that is no stranger to running both competitively and for fun. 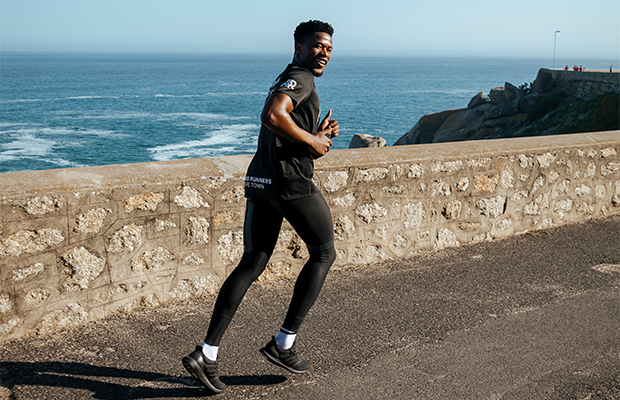 “My love for running started at a very young age,” says Mapekula. “I remember competing in my first race – a 60m sprint – when I was six years old and my mom came to support me. It was inter-house at my school and my parents couldn’t get me a school t-shirt.

“My mom, who was and still is extremely supportive, got me the same coloured t-shirt from a local store so that I could look and fit in with the other kids. I came first that day and I was convinced that it was the t-shirt that made me fast.”

Related: Now That Running Is Banned In SA, Try These No-Running, Running Workouts

“I decided to hang up my sprinting spikes, as I had plateaued, and university was demanding which made it hard for me to find time to train,” he admits. “I joined adidas Runners in late 2017 after making the hard decision to call it quits on my track and field career.”

Even though he had laid one dream to rest, another would soon become reality. A year after joining the brand with three stripes, Mapekula moved swiftly up the ranks, and was appointed captain of Run Base Cape Town in November 2018. 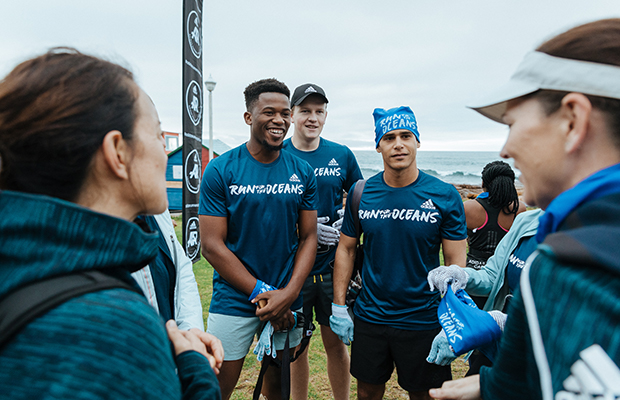 “During my track and field days, my goal was to be sponsored by adidas [because] I looked up to the likes of Akani Simbine, Wayde van Niekerk and Tyson Gay. Never in my wildest dreams would I have thought that I would be appointed to represent the adidas brand and lead a community of amazing runners.” he says.

Mapekula earned his spot by completing a 10km run in 38min

Mapekula was set to fly to the United States to take part in a 550km relay race called The Speed Project. The participants are selected by adidas to relay from the Santa Monica Pier in Los Angeles all the way to Las Vegas. There are only six runners chosen from around the globe, and Mapekula earned his spot by completing a 10km run in 38min – the fastest time recorded amongst the South African adidas Runners community. Unfortunately, due to the coronavirus pandemic, The Speed Project was cancelled, but Mapekula still remains positive and grateful to have been selected. He, along with other adidas ambassadors are encouraging runners to keep training and follow the virtual runs on the adidas Running app.

“I now get to share my passion for running, which in my opinion is better than coming first for any race; to actually influence and play a role in an individual’s running journey. Giving back is always more fulfilling than receiving, and I feel honoured to be a part of a brand like adidas.” 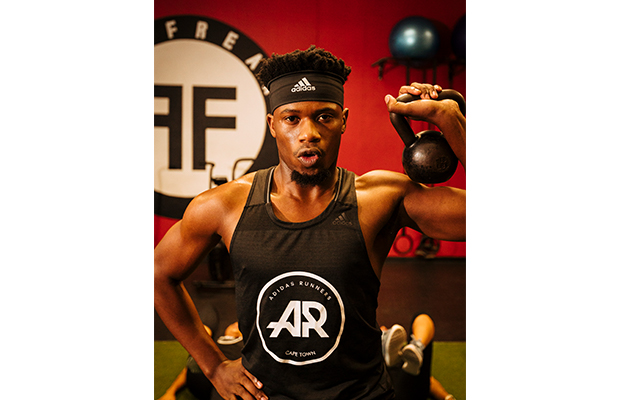 What do you enjoy the most about running?

“It gives me some ‘me time’. Everyone needs some time for themselves, time to contemplate, to ponder, to turn the mind inwards, to be with yourself. A daily run is the perfect time to just recollect yourself and do some self-assessment.”

“Start off gradually and go at a comfortable pace – for example, running a 5km at a moderate speed and without stopping. Once you’ve mastered that, you can work your way to running and training to push your limits – even if it makes you feel uncomfortable at times.”

Your nutrition tips for runners?

“A nutritional diet is not a one size fits all, what works for your running mate might not necessarily work for you. Firstly, find what works for you. Secondly, make sure you have enough carbs to sustain you for the race discipline you are doing, before, during and after the run. Lastly, make sure you’re always taking in proteins after a run or strenuous workout to repair damaged tissue.”

What is your favourite running shoe?

“I come from track, so I prefer light shoes. The lighter the shoe, the more comfortable I am with it. However, I still need a shoe that will support me and help prevent/minimise injury. For me, that shoe is the adizero Boston 8. They are light, durable and still provide the support I need to run half marathons.”

“Honestly, I have no idea. Right now I would like to focus and hone in at what I am doing, achieving and learning as much as I can before venturing out and finding the next best thing for me.”

Read More: How Kabelo Mabalane Is Running To Inspire All South Africans