MMA Madness: SA Champ Shows You How To Get Fit For The Fight Of Your Life

South Africa MMA fighter Garreth “Soldierboy” McLellan is gearing up for the fight of his life this weekend.

The Middleweight fighter is in Brazil for his showdown against Paulo Henrique Costa in the UFC Fight Night tomorrow.

Soldierboy is based in Sunningdale, Johannesburg. He started Mixed Martial Arts as conditioning for rugby, but when his rugby career failed to take off in his late 20s, he started fighting competitively. Now 35, he is the only South African currently fighting in the UFC.

Soldier Boy and fellow MMA beast Don Madge gave us some advice on how to stay alive in the fight of your life.

Use All The Tools

Madge and McLellan use a variety of training tools but they still have their favourites. “I’m a sucker for punishment. I love doing sprints, plyometric and prowler work – it’s all so painful, but I love what it does for my training,” says Madge. Both do strongman sessions where they use chains and flip tyres. “We also use a 80kg water-filled medicine ball, but it moves, like a human. Charl is a genius,” says Madge.

Everyone faces challenges that they don’t know how to prepare for or how to adapt to. “MMA provides a mental edge, and the tools to deal with any kind of stress,” says McLellan. Both fighters agree that you can always go further than you think. “I’ve always been fit, but before I started MMA I’d hit this wall and think, now I’m tired – but MMA makes me go further,” says Madge.

Both fighters train for the worst-case scenario. “I make sure the best guys in the gym put me in the worst positions,” says Madge. “Then I tell myself that I’ve been through the worst in training, so there’s nothing that can happen in a fight that I’m not expecting. I don’t train in my comfort zone. If you focus on doing the things that you don’t enjoy, that’s where you’ll improve the most.”

Become Strong In Movement, Not In Isolation

While you sit at a desk all day, MMA fighters are rolling, sparring and grappling their way to a flexible, total-body strength that never lets their muscles adapt. “You’re often put into places where your body isn’t strong, and it’s forced to build up strength in that range of motion,” says Madge. Both featured fighters have a number of fighting similarities, the most evident being a superhuman work ethic and impressive conditioning – and both agree about the MMA benefits. “The fittest athletes in the world are MMA fighters, guys like Anderson Silva and GSP (Georges St Pierre), and I don’t think you can get that perfect combination of training from anything else,” says McLellan. “I’ll go as far as to say that if you give me a fit MMA athlete, he’ll be able to do almost anything, and he’ll do it well, whether it’s cycling, running or swimming.” You can sign up at a MMA gym, but if you’d like to build functional strength, gymnastic work is the answer. Look for a pair of rings or stability straps (like a TRX) and do moves like dips, pull-ups and push-ups in the rings.

Setbacks Can Be Stepping Stones

Both Madge and McLellan agree that failure is just as important as success. “You learn a lot more from your losses,” says Madge. For McLellan, failing to get a rugby contract led him to MMA. He has also learnt from his injuries, fight losses and setbacks. In his second pro fight against Wade Henderson, he suffered his first loss by TKO (technical knock-out). “Wade was a big step up from where I had been, but I wanted to go straight to the top. I was arrogant and got a little ahead of myself. But I learnt a few lessons and it made me a better fighter and person,” says McLellan. He has also fought against fighters that were much heavier and stronger, like Tumelo Maputha, who was a late replacement and couldn’t make the weight limit: he came in at a colossal 105kg (the middleweight limit is 84kg). “It changed me mentally – if I could handle this guy’s power, then I could take on anything,” says McLellan. He went on to win it, but Maputha is the only fighter that has pushed him the whole three rounds.

Follow these intense interval sessions designed by MMA coach Andreas Michael for a full MMA body-blow. Hit each section for 1min, with 20sec rest in between. Perform 5 circuits in total.

1\Punchbag Slam – Stand over a punchbag with a foot on each side. Scoop it onto one shoulder and swing it down, coming off your feet to land on top. Swap shoulders each rep. 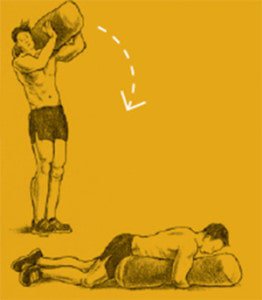 2\Chin and Dip – Do 30sec of chin-ups then30sec of dips to work your arms from all angles. You can wear a weighted vest, but your bodyweight is enough for starters. 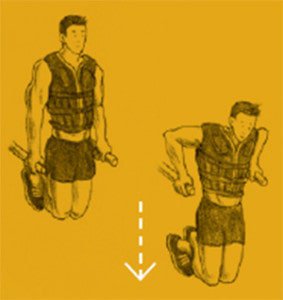 3\Back Squat – Lifting a man takes iron abs and leg strength, so squat for that power. Suck in your belly at the top then push your hips down and back for proper form. 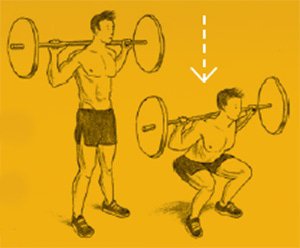 4\Med Ball Russian Twist Sit – Holding a medicine ball, leaning back slightly with knees bent at 90 degrees. Twist to touch the ball down to your left then right. 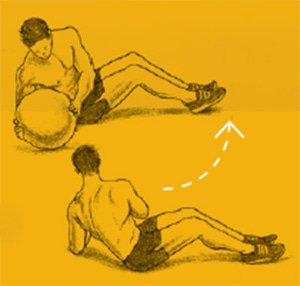 5\Rope Climb – Go vertical for true upperbody strength. Climb hand over hand, using your feet to anchor your progress. Go all the way up, then control your descent. 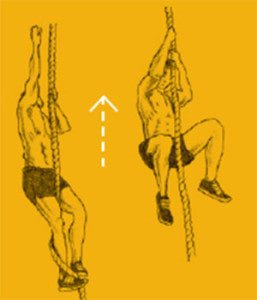 6\Punchbag Flip Squat – Tucking your hands underneath the bag, and explode upwards using your legs then your arms to flip it up away from you. Rest for 60sec then restart the circuit. 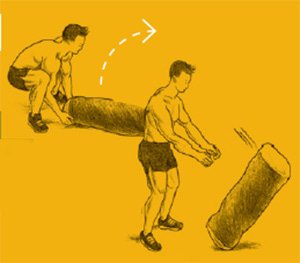