He went from bombing out in the swim to placing 7th in his age group.

James McCallum was 19 when he first experienced the thrills of an endurance race. He had entered the 2013 ABSA Cape Epic with his dad and thoroughly enjoyed the experience. “It was a major highlight for me, and something I will always look back on with fond memories, “ he says.

Participating in challenging events was one of the ways he like to test his mettle. He’d always loved running and cycling, so a triathlon seemed like the perfect way to test himself. His inability to swim long distances didn’t deter him in the least. He would train hard, and things would fall into place.

“It All Begins With The First Step”

James’ training plan consisted of going to the gym a few times a week where he would run, cycle and swim for long periods of time. “My training was nowhere near where it needed to be, but in my mind I was doing everything right,” he explains. “My swimming training was mostly me trying to stay afloat.”

But despite not having swum in open water before the race, he felt confident. “I had this complete sense of false confidence as though I had done sufficient prep and that I was going to cruise the course,” he admits. But standing in the water, clad in his wetsuit (that he had bought two days prior) his confidence quickly slipped away. From his first stroke he knew he was out of his depth. “It was very overwhelming and I started to feel claustrophobic with all the people around me,” he explains. “So I quickly resorted to shouting for help and got pulled out of the water by the rescue boat.” 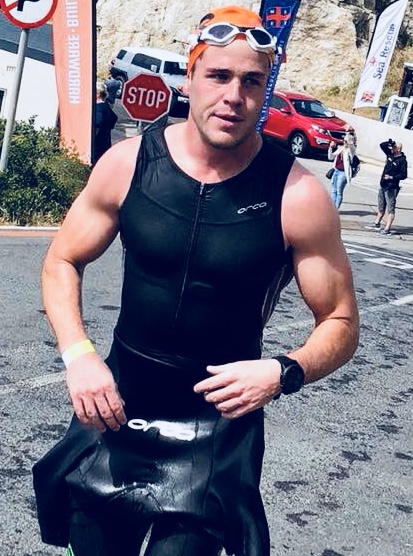 Disappointment washed over him as his dream of completing a triathlon didn’t come to fruition. He felt like a failure. A feeling he didn’t want to experience again. He began researching training camps for triathlons and found a place in France. So determined was he to succeed, he quit his job in January 2017 and moved to France for two months to train. “I really learnt a lot about myself and how to train properly.”

“If At First You Don’t Succeed, Try And Try Again”

The next triathlon James entered was the Durban Ironman. “The experiences were like night and day, I felt so much more confident in the swim and on the bike and run legs.” It was only his second triathlon, but already James had improved considerably. He ended up placing 10th in his age group and 44th overall. A huge success, considering he had bombed out in the swim in his first experience.

“My endurance and comfort in the water increased,” he says.

He had finally completed the Ironman – his next goal was to qualify for the World Championships. Over the next year, James continued to train hard and, more importantly, smart. He intensified his running programme, cycled for longer distances and made sure that his swimming up was up to scratch.

“Fall Down Seven Times, Get Up Eight”

But his dreams for qualifying almost came to a halt when he injured himself during a mountain bike race in December that year. “I went over a jump and lost balance which resulted in me going right over my handle bars and landing on my shoulder.” As excruciating pain flared through his shoulders, James knew he was lucky to have escaped with only injury. 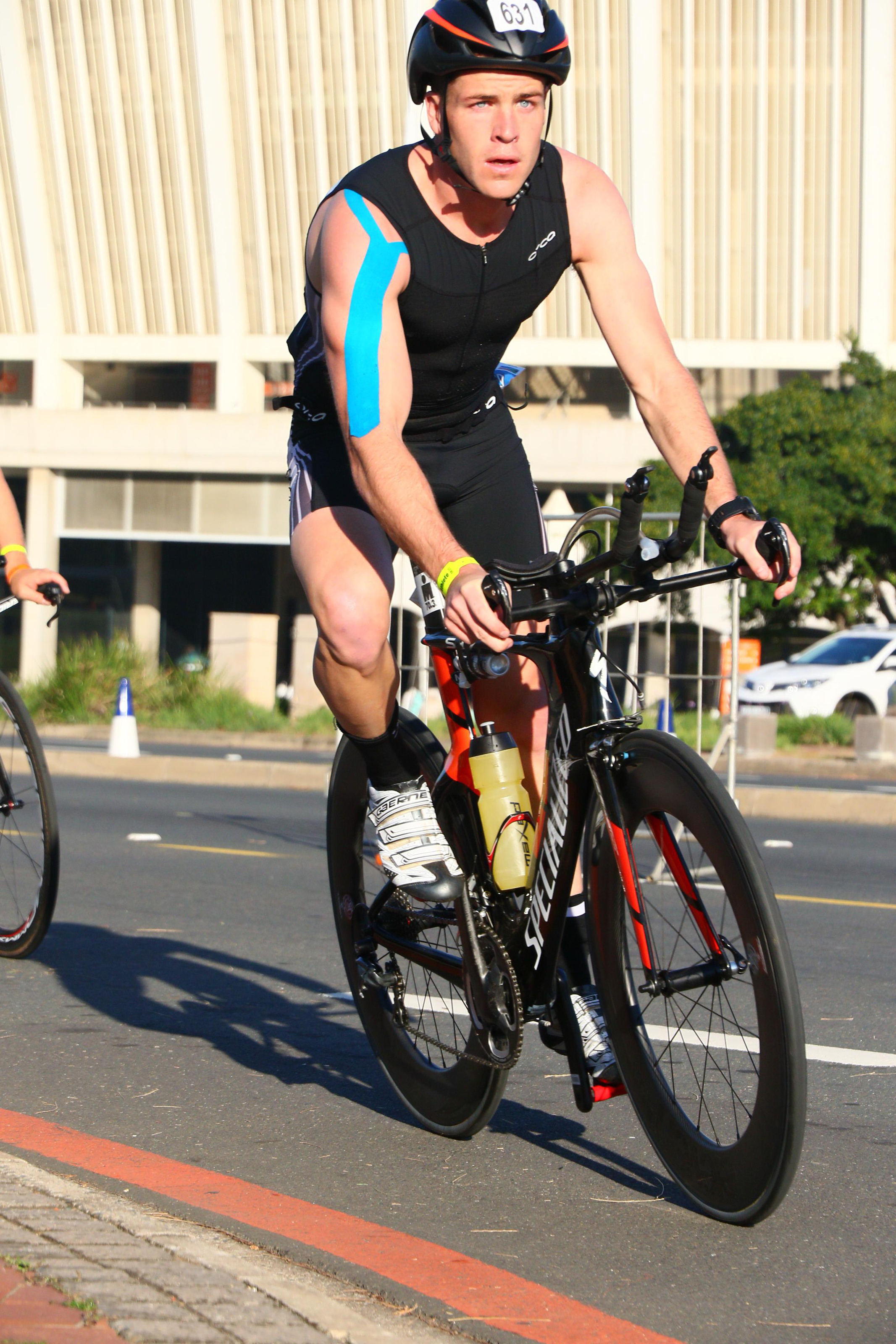 For two months after the incident, he rested and tried to recover the full use of his shoulder. After that, he continued to train as much as he could. By the time the Durban Ironman came around again this year. He was ready. He still had a niggling pain in his shoulder, but he would not let that stop him from competing. “I had to mainly focus on the bike and the run leg as I really struggled to swim.” Despite this, he managed to place 7th in his age group, 24th overall, and he achieved what he set out to do – qualify for the World Championships.

Related: Swim Freestyle Like A Pro By Following These Tips

His journey to qualify taught him many important lessons. Training consistently for the Ironman made him realize how important it is to be disciplined. “It is very easy to say you going to do X amount of training, wake up early or ride a certain distance but at the end of the day talk is cheap and only through action you will see results. This has filtered into the rest of my life and am far more pro active about tasks.”

“At the end of the day talk is cheap and only through action you will see results.”

Qualifying showed him that anything was possible, if you put in the work. He’s journey is still in it’s beginning stages, but he knows now how important it is to train smart – a lesson he learnt from failure. His advice to guys who want to enter the Ironman? “Speak to a coach or someone who knows what they are doing and follow a programme for your first one until you know the just of how to train properly.”