I Tried CrossFit For The First Time, This Is What It’s Really Like

CrossFit has to be one of the most polarising sports around. If you like it, you really, really, really like it. And all your friends, family and casual acquaintances will know about it. If you don’t, well, it basically is to you what broccoli is to this dog.

What Really Happens At CrossFit

So I was in the broccoli camp. Even though I’d never actually done more than one CrossFit class, once, a long time ago, when I was a lot less fit than I am now. But I’m a fitness editor, so in the interest of journalism, I decided to grow a pair and give the sport a real go. And as tends to be the case when you get all judgerag about something you haven’t tried, I ate humble pie.

If you’re thinking of trying your own CrossFit experiment, here’s what you should know… 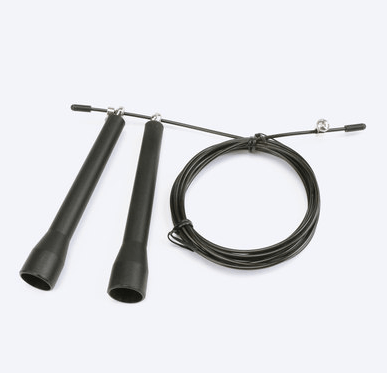 I always imagined CrossFit to be a bro fest, but just like with any regular gym, different boxes have different cultures and standards. It’s true that if you have the cash, you can qualify as a CF coach in a few days and open your own box. So ask about credentials and look for boxes owned by guys with good references, years of experience and broader qualifications.

The box where I ended up (CrossFit District Six in Cape Town) is owned by a coach with more than 20 years’ experience and has a good crowd of normal guys who support each other. There’s tons of banter, but it’s not hazing. It’s fine to go at your own pace and no one’s going to rile you for asking for help.

2. No need to take your shirt off.

No one in my local Virgin Active trains topless (although, granted, some of those deep Vs are just humiliated strips of fabric) but if Instagram was anything to go by, topless seemed to be the uniform for hitting the box. But even in the sweatiest workouts, I’ve yet to see anyone strip down to less than a t-shirt. We’ll see what summer holds….

Related Why You Need To Try CrossFit, According To A Sports Physio

I know, right? This one came as a shock to me too. Having watched the CrossFit Games (and the Gram) I thought CrossFit “pull-ups” were all of the floppy fish, kipping variety. And there is kipping, make no mistake. But we spend much more time drilling strict pull-ups. And the coaches are surprisingly strict on form… with all movements.

4. The weights aren’t as heavy as they look.

Don’t be put off…a plate that looks huge might weigh the same as a tiny metal plate at your local gym.

Look, if you stick with it, you’re going to start lifting heavy. Eventually. But don’t be put off by pictures of skinny dudes lifting massive barbells. While the bar weighs the same as a regular bar, the plates at CrossFit (like those in Olympic weight lifting) are called bumper plates and are made of a dense rubber. So a plate that looks huge might weigh the same as a tiny metal plate at your local gym.

5. Your mobility will improve.

Another shocker. I imagined a CrossFit class to be 60 minutes of all-out ‘F*** yeah, lift heavy shit, go fast, break your body.’ In reality, every class has three parts: For the first 15-20 minutes, all you’ll do is slow warm-up and mobility work. Then it’s another 20 minutes or so of slow, controlled conditioning, focusing on…wait for it…form. And gradually trying out increased weight in a – once again – slow, controlled way. Only the last 10-20 minutes (the metabolic conditioning WOD i.e. workout of the day) is hectic.

Cards on the table, I do regularly see form fly out the window during the metcon, when guys are repping out moves for time, but that’s their choice. I’ll just be over here, going a little slower and not getting injured.

Related: This Workout Will Get You Ready For Obstacle Course Racing

These exercises, demonstrated by CrossFit District Six coach and co-owner Lushwill Rossouw are typical moves you’d do regularly at CrossFit, but you can do them at any gym.

Targets: Glutes; backs of your legs; back

“Keep the hips as back as you can, chest up and brace the back,” says Rossouw. “Tight is right.”

Related: How To Find Out If You’re One of the 20% Who Should Never Deadlift

“You need to use the hips, so load the legs, drive the bar up and lock out overhead, with a little pause to show control,” says Rossouw.

“It’s a hinge and not a squat – that’s a big mistake I see in kettlebell swings,” says Rossouw. “It’s about popping your hip with aggressive use of momentum. Start with the Russian swing [to shoulder height only; shown here] then once you can generate enough power in the hips and you’re comfortable taking the kettlebell overhead, only then take it overhead. But with this version you’re using exactly the same muscles as overhead but it’s safer than overhead.”

Related: Barbell vs Kettlebell…The Experts Give Their Verdict

“Start off with a manageable height and work your way up from there because you need to be confident,” advises Rossouw. “A lot of people want to go too high too soon and that’s when they get scared and when they’re scared, they hurt themselves. With the landing, it’s a soft landing. You want to be soft in the knees so the quads can absorb the force onto the box, and then stand up.”

WATCH: This Guy Does The Most Insane Box Jump We’ve Ever Seen!

“If you can’t do a pull-up yet, start with negatives – jump up and then control the motion down to a full extension of the arms,” says Rossouw. “And pair that with jumping pull-ups – using as much of your legs as you need to get up. As you get stronger, you’ll use less legs until you don’t have to jump at all.”

Related: This Is Why You Find Pull-Ups Difficult Even Though You’re Fit And Strong