How You Can Build Hollywood Muscle: Workout Tips From Celeb Trainers

From the guys who brought you Tarzan, Thor and well, Zac Efron, five celebrity personal trainers reveal everything you need to know about building a body that’s ready for the big screen

We all want five-star six-packs with with blockbuster biceps, and no-one seems to do it better, quicker or as emphatically as those guys on the big screen. But what does it take to tune your body into high-definition? Men’s Health teamed up with the pros in the know to silence the rumours and unveil the true methods to building Hollywood muscle. Your audition starts here.

THE CAST: MEET THE TRAINERS

1. Bobby Strom
(@bobbystrom)
Client: Ryan Reynolds
Having spent almost half a century getting actors prepped for the camera, Strom has kept pace with the evolving look of Hollywood muscle.
Mantra: “No simple carbs, no dairy, no sugar.”

4. Darrell Foster
@darrellfoster
Client: Miles Teller
He packed meaty flesh onto Will Smith for I Am Legend and whipped Teller into phenomenal condition for boxing flick Bleed for This.
Mantra: “Its about staying ready, not getting ready.”

Backstage
Sure, when you picture the set of Justice League you may not imagine Ben Affleck in a fight with Tupperware containers of meat and veg; yet this is the reality. Personal chefs are commonly used to ensure Hollywood actors keep on top of their diets between films, but when it’s all action go and shooting begins, the emphasis on diet hits a whole new level.

“I’m on set every day making sure my actors stick to their diet,” says personal trainer Magnus Lygdback. “They have to eat at the exact time their body needs nutrition, and it’s my job to ensure they finish every last grain of rice.” Better him than us trying to get Dwayne Johnson
to force down his Brussels sprouts. 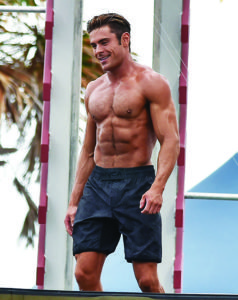 Nutrition is the biggest factor in creating a superstar body, and two of the most common diets used backstage are polar opposites: Paleo and low-fat. As Bobby Strom, PT to hotshots like Ryan Reynolds, says, “It’s not about what you can eat – but what you can’t.” Zac Efron, for example, avoided all refined carbs, like pasta, bread, crackers and tortillas, in preparation for Baywatch. According to his trainer, Patrick Murphy, Efron ate only carbs high in fibre, from fruit like pears.

Why pears? Just one contains 5g of fibre, making up 18% of your RDA in a quick snack. Plus, a nine-year study published in Nutrition and Food Science found that people who ate pears were 35% less likely to be obese than those who didn’t.

MH Agent: Your next shopping list is easy: egg whites, oats, salmon, chicken, red meat and heaps of green vegetables. Oh, and stuff an apple a day – if you want to stay on the A-List, find a way to digest some pears.

Censorship
When we see jacked-up actors stepping into the spotlight, “steroids” is the comment hurled from the back row of the cinema. It’s an easy call to make when Christian Bale gains 30 kilograms of muscle quicker than you could change in and out of his Batsuit, but that doesn’t make it accurate.

Chris Hemsworth grew into a bulky mass of strength to become the brawny god Thor, but suggest he was tempted by the juice to his trainer Michael Knight, and you’ll lose a few teeth. “Top actors spend hours in the gym,” he says. “It’s only when an actor gets huge results in 60 to 90 days, well that’s when it becomes difficult not to point fingers.”
Steroids are a rising problem in South African schools: youth rugby made up 42% of all doping offences in SA Rugby between 1998 to 2014, according to statistics from the SA Institute for Drug Free Sport. Roids such as human growth hormone offer a quick fix by forcing the liver to produce a hormone called growth factor one. But this is the naive man’s shortcut – true Hollywood muscle is built from dedication to training. “It took six months of excruciating work for Hemsworth to gain 7kg of muscle,” says Knight. “There’s a lot more to it than a few magic pills.”

Related: Could You Handle The Workout That Gave Chris Hemsworth His Thor Body? 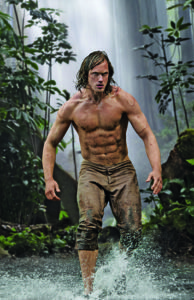 MH Agent: You’re never going to land the lead role for Terminator 29 with a loose leather jacket. Stay clear of the black market and start lifting if you want to fill Arnie’s boots. Working at 85 to 95% of your one-rep max will release bursts of testosterone: at the start of each session perform a compound lift with three-minute intervals, and see results in eight weeks.

Equipment
Stepping into any health store often causes an overload of options, while GNC’s online store has over 3 000 supplement varieties. With unlimited combos at our disposal, 67% of adults take a form of supplement, according to a recent study from the National Health and Nutrition Examination Survey. That’s more than double the percentage in the 1970s. But let’s not focus on whether we need 20 times our recommended daily vitamin D dosage or not – are the guys in Hollywood downing sups?

“Supplements can play a vital role in an actor’s diet,” says Strom. “Especially when they are rushing to get ready for a movie. But whatever is available in the Hollywood circle, you can also get in health stores.” Supplements play larger roles in the lifestyle of actors when you consider their intensely active day-to-day duties. Every little helps when you’re putting your body on a 22-metre iMax screen for millions of critics to scrutinise.

MH Agent: Do you think Tom Cruise landed the Jack Reacher role on his acting ability? You need to start putting your life on the line and doing your own stunts; it’s a long way from the School of the Arts now. Up your energy levels, aid your digestive system and boost recovery with these three supplements. (And never, ever mention Scientology.) 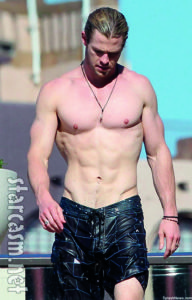 Motion
An actor training for a new role is the equivalent to prepping for a bodybuilding competition. Look at Zac Efron, who bolted eight kilograms of box-fresh muscle to his frame since his singing and squealing days in High School Musical. To build muscle and keep fat at a minimum, Efron’s trainer constantly switched up his routines by varying weights, rest periods and cardio sessions.

Related: Here’s How You Can Wear A Denim Jacket And Look As Cool As Zac Efron

Darrell Foster added brawn and simultaneously blitzed unwanted weight from the figure of Miles Teller for his role as five-time World Champion Vinny Paz in Bleed for This. Eight km of cardio proceeded at 5am before separate strength, endurance, stretching and flexibility training sessions made up the day – all while Teller spent up to 14 hours a day on set.

Likewise, Jake Gyllenhaal brutally pounded away at his core strength for the equally hard-hitting Southpaw. With his eyes glued to the ceiling, Gyllenhaal crunched away 2 000 sit-ups a day, although this wasn’t all on day one. “You can’t just jump in at the deep end,” says Strom. “If you’re going to to do a Hollywood workout program then you have to accept that it takes a serious amount of time to develop.”

MH Agent: The Avengers are looking for a 17th member to their confusingly large crew, so what are you waiting for? For this role, you need to keep strength high and cut fat. Don’t go wasting your time on the treadmill; get to grips with a plyometric routine. Mix explosive push-ups with box jumps, bounding and depth jumps in a circuit. Now go get ’em, Tiger-Man.

On Set
Pumping iron forces your muscles to swell, with 15 to 20 times more blood rushing into the worked areas compared to when they are at rest. Now, even Average Joe is starting to take this principle into his nightlife grooming routine, with circuits of push-ups, teeth brushing, bicep curls and eyebrow plucking. (Honestly, we’ve seen it.) But fortunately, there’s little method to the madness.

“You can’t really ’get pumped’ before a night out,” say Magnus. “The swelling of muscle only lasts about five minutes, so you’ll find yourself having to do push-ups in the middle of the dance floor.” Seriously not advised. Hollywood actors do use this gym pump in the build-up to key scenes, however, as they strive to look their best in super slow motion. “It makes you look leaner and with harder muscles.” says Magnus. So don’t get downhearted when browsing the latest blockbuster front covers: these guys look no different to when you catch your post-gym reflection in the mirror, and proceed give yourself a couple finger guns.

MH Agent: I want to hear your name being gossiped around LA. All press is good press my friend. Rip off your shirt and get a good pump going before sending out some fresh portraits and updating your IMDB profile pic. (Just keep an eye on your iCloud settings.)

1. Protein
Variety is the spice of life, and it’s also the best for protein absorption. Look for a protein blend of whey isolate, micellar casein and milk protein isolate for Hollywood-ready growth.

Related: How Protein Turns Into Muscle

2. Creatine
Lethargic and can’t be bothered to train? Stop whinging. Find a creatine that is quick in absorption to spike energy levels and increase weight-training performance.

3. Fibre
Now that you’re upping your protein intake you need to correlate with an increase of fibre. The two will work together to build muscle while a fibre supplement is crucial for colon support. Didn’t know that, did you?