Guys Are Calling This The World’s Ultimate Workout

Forge speed and power. He’s known as Danny Broflex. His résumé reads, “Go so hard!” His skills are “Being strong and having a hairless body.” This popular YouTube personality – a 2016 reincarnation of Hans and Franz, but with real muscles – captures the true spirit of CrossFit. Danny’s real name is Dan Bailey, a former Ohio University track star who’s been a trainer with the US Department of Defence and is an ambassador for supplement company Progenex. Bailey built a career from his success at the Games, and his achievements in and out of competition loom large. He can clean-and-jerk 155kg and run 400 metres in under 50 seconds. He has finished in the top 10 in all five of his CrossFit Games appearances. But Bailey has goals beyond his biceps. Last summer he gave R300 000 to fund the construction of a school in Kenya. It was a major investment for Bailey. “I want to have a positive global impact,” he says.

Helen looks harmless. The run distance is a warmup for serious runners, and the swings and pull-ups are doable for gym rats. Don’t be fooled: it’s a vicious speed-stamina test that will floor you. Bailey’s best Helen time is 7:10 (minutes; seconds)

400-Meter Run – Run around a track once or on a treadmill for 400m. Remember: to complete Helen, you’ll be doing three laps total, so pace yourself. For most men that’s the pace they can maintain for a 3K run, says track coach Adam St. Pierre of astpcoaching. com. Don’t flail: drive your elbows straight back from your shoulder, and don’t let them come too far forward. 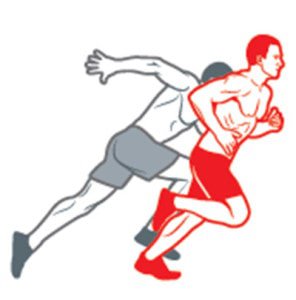 Kettlebell Swing – Using an overhand grip, grab a 24kg kettlebell with both hands and stand with your feet wide, toes pointed slightly out. Keeping your back and arms straight, bend at the hips and swing the bell back between your legs. Then push your hips explosively forward, swinging the bell up to shoulder level (or overhead if you’re competing) as you rise to standing. That’s 1 rep. 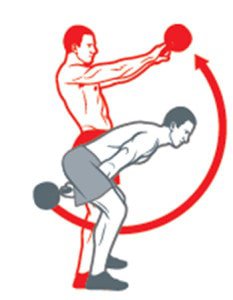 Pull-Up – Stand under a pullup bar, jump up and grab it using an overhand grip that’s slightly beyond shoulderwidth. Pull yourself up until your chin clears the bar. Lower yourself until your arms are fully extended. Repeat. If you’re having trouble finishing the set, you can improve by doing negative chin-ups three times a week: jump to the top position and lower your body back down slowly. Try to finish 3 sets of 12 reps each. 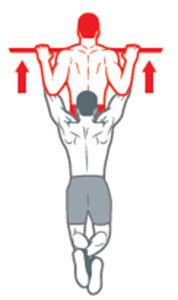