Give Her More To Grab Than Just Your Arms

How Can I Build A Butt That Women Will Want To Grab? Mzi

To create grabbable glutes, you need to hit heavy weights. “The barbell hip thrust is your weapon of choice,” says Bret Contreras, who’s trained Olympic and professional athletes. “The move activates your glutes better than any other exercise, you can really load it up, and it’s completely safe.” Use a weight you can lift at least 10 times. “This creates a lot of tension and metabolic stress on the muscle, two big factors of muscle growth,” he says. 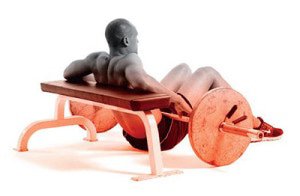 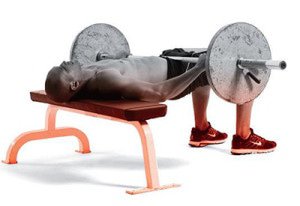 Directions: Load a barbell and place it on the floor parallel to a bench. Sit on the floor and put the barbell across your hips, keeping your knees bent, feet flat on the floor, and back resting against the bench [1]. Push your upper back into the bench and raise your hips so the barbell rests there and your knees, hips, and back are aligned [2]. Do not extend past that point. Squeeze your butt at the top of the move. Slowly lower the bar until the plates touch the floor. That’s one repetition. Do three sets of 10 reps.

Black is the new brown. While both types boast vitamins and minerals, black rice has anthocyanins, antioxidants that may fend off diabetes and some cancers, says Zhimin Xu, an associate professor of food science at Louisiana State University. It also has less arsenic. Potentially worrisome levels of this toxin have been found in brown rice, but a USDA study reports that levels are lower in the black variety. If you’re concerned, rinse your rice and boil it using a 6:1 water-to-rice ratio. That’s the best way to reduce arsenic, say UK researchers.

My Girlfriend Says I’m A Terrible Listener When She’s Upset. How Can I Improve? Siya

Don’t shut down when she opens up. Many men might seem like bad listeners because they unintentionally clam up during emotionally charged conversations – the very exchanges that tend to be most important to their partners, says Sue Johnson, a professor of psychology at the University of Ottawa and author of Love Sense: The Revolutionary New Science of Romantic Relationships. “It feels bad to see your girlfriend or wife become emotional and that fear and anxiety can block listening,” she says. Another common pitfall: in an attempt to make her feel better, you may subconsciously redirect the talk away from upsetting topics, Johnson says. While your intentions may be good, this comes across as if you’re not listening or caring (or both). So when she starts venting, focus on each word that comes out of her mouth. This will keep you grounded and ease anxiety. When she’s done talking, let her know that you’re sorry she’s feeling [fill in the negative emotion], says Johnson. Then say something like, “I want to help. I don’t know what to do, but I care and I’ll be here for you.”

I’ve Heard That Cleaning My Ears With Cotton Buds Is Dangerous. What Safe Alternatives Do I Have? Ryan

Alberton Put down the paper clip. There’s nothing you can use that won’t push wax farther into your ears and potentially puncture an eardrum. Besides, earwax serves several important purposes, says Dr Robert Jackler, a professor of otorhinolaryngology at Stanford University. For starters, the stuff slowly carries dirt out from deep in your canal to where you can then wipe it away with a soapy washcloth. It also acts as a protective barrier. New research from Germany shows that earwax contains more than 2 000 different proteins, many of which have antimicrobial properties. “People who have no earwax at all, from fastidious ear cleaning or swimming all the time, actually tend to develop ear problems or ear infections,” says Jackler. Granted, it’s possible to have too much of a good thing, if wax builds up to the point where it affects your hearing. If you think you might be plugged, let an otolaryngologist take a peek and, if necessary, conduct a safe excavation.

Let us guess: you tried and failed last Movember? Don’t be hard on yourself. “The pattern of your facial hair growth and how thick that hair grows is largely hereditary,” says Dr Jeffrey Benabio, a boardcertified dermatologist for Kaiser Permanente in San Diego. See, during puberty you began producing androgens for growing facial hair. This continued into your early twenties. In your case, the amount of hormones and your hair follicles’ response to them led to sparse whiskers. But rather than bemoan your beardlessness, make the most of what you can grow. Keep your stubble short and neat (think James Franco). Use adjustable clippers to maintain 3mm in length, says Craig the Barber, founder of The Men’s Room, a grooming website.