Get A Body Like Boxer Anthony Joshua, Here’s How

Anthony Joshua attributes his massive muscle gain to deadlifts - they add full-body strength, from your glutes to your guns. 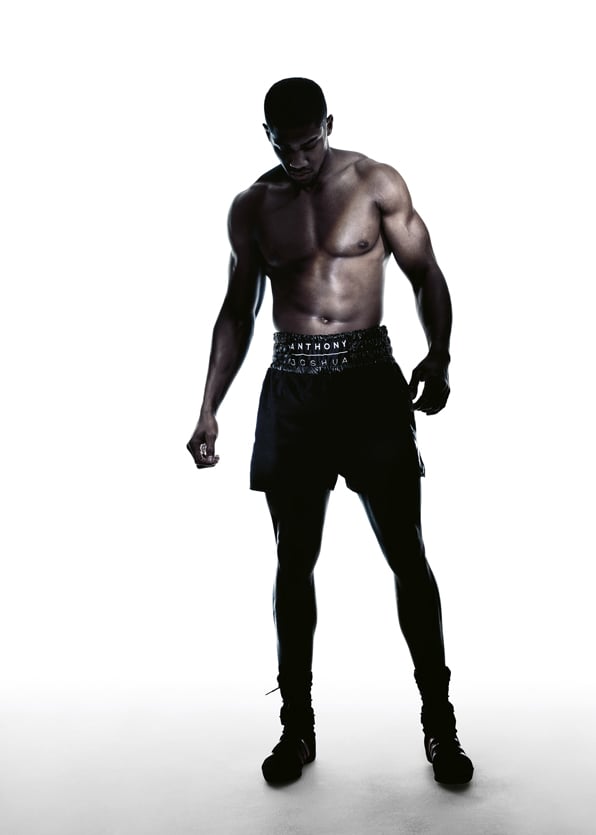 Power – the kind required to knock out 19 heavyweights in 19 fights since Anthony Joshua turned pro, a year after winning Olympic gold at London 2012 – does not come from heft alone.

In both physics and physiques, power is strength multiplied by speed. As Joshua executes a variety of explosive, punching movements and woodchoppers, his trainer, Jamie Reynolds constantly demands more speed.

Joshua towers over the average joe, and he’s adding muscle every year. It’s this massive frame that he’s leveraged to become a punishing force in the ring, combining mass and lightspeed velocity to throw knockout hits.

In his last fight, Joshua defended his IBF world heavyweight title against the veteran Ukrainian brawler Wladimir Klitschko. The pair battled relentlessly for 11 rounds, with both fighters falling to the mat and getting right back up to turn the tide with a torrent of punches. However, it was Joshua who walked away victorious, his record unblemished, after a surge of energy did good on his promise to “unleash hell”, poleaxing Klitschko with two monster left hooks and knocking him out.

During our interview, he adopts a boxing stance and pivots slowly at the waist. “Moving side to side, power goes through my glutes, my core. I think, ‘How can I transfer all the power, and make sure everything is balanced?’” he says. Joshua throws a fast four-punch combo.

He likes to accompany words with actions. “I’ve been doing a lot of bodyweight core work. Hanging on a bar…” He moves to the edge of his seat, lifts up his huge legs – 43cm calves and all – and points them out dead straight. His arms are straight out in front of him, as if he’s hanging on an imaginary bar. He stares down at his stomach. “Because your core is so important. It controls so much. So I hold my bodyweight in the air, with my legs in position.” 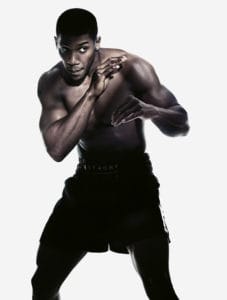 Critics – Tyson Fury the most vocal among them – have accused Joshua of spending too much time in the gym. “I don’t know what else I should be doing,” he responds. “Middleweights are ripped to shreds, but nobody calls them bodybuilders. There’s this idea that because I’m a heavyweight, I’m not supposed to be in condition, that I should take advantage of the fact that I can eat. But I train and eat well, and it shows when I step on the scales.

The only weight I picked up was for deadlifts, which are for full-body strength and glutes. And that’s where the power comes from.” Joshua’s genetics are a double-edged sword: his frame gives him reach, but those long levers make it harder to generate power. Even so, he throws a punch that – to steal a phrase from boxing writer Kevin Mitchell, following the Whyte fight – “would have decapitated a bull”. That’s testament to Joshua’s gym work, particularly on his core.

Fighting History: Joshua’s vital stats beggar belief as much as his career (19 fights, wins and KOs). But the real insight comes through testimonials from his vanquished foes:

Fists: “He hits you through your gloves, even when you’ve got your hands up” (Matt Legg, opponent no 6, who ended up with a broken eye socket)

Eyes: “Joshua is very accurate. You can have a big, hard punch, but if it’s not timed correctly then it takes the sting out” (Matt Skelton, no 7)