Eating To Pack On Muscle And Strip Fat: How Sam Heughan Got Shredded For Our Cover Shoot

Eat clean, get lean. This is how Sam Heughan used intermittent fasting to drop his body fat down to single digits and get shredded.

James White is the founder of Roark Gyms. While Sam Heughan was in South Africa shooting a season of Outlander, it was James’s responsibility to get him strong, fit and shredded for his physically grueling role… and his cover model shoot for Men’s Health SA.

Eat only in an 8 hour window each day.

As far as dietary advice goes, I have encouraged just about every actor and actress I’ve trained to fast intermittently for six to eight weeks. This involves only having an eight-hour window in a day to eat, with the other sixteen hours being in a fasted state. During the eating window they’re allowed to eat eggs, meat, salad and vegetables. As far as drinking goes, only black coffee, water and sugar free protein shakes are allowed.

People over complicate diet in my opinion. Surely no one reading this article is shocked by the fact that in order to get in shape you aren’t allowed to eat wheat or sugar, or drink alcohol? There’s no excuse for ignorance on diet in this day and age. Ultimately it comes down to being disciplined about what you put in your mouth, chew and swallow. It sounds simple because it is. 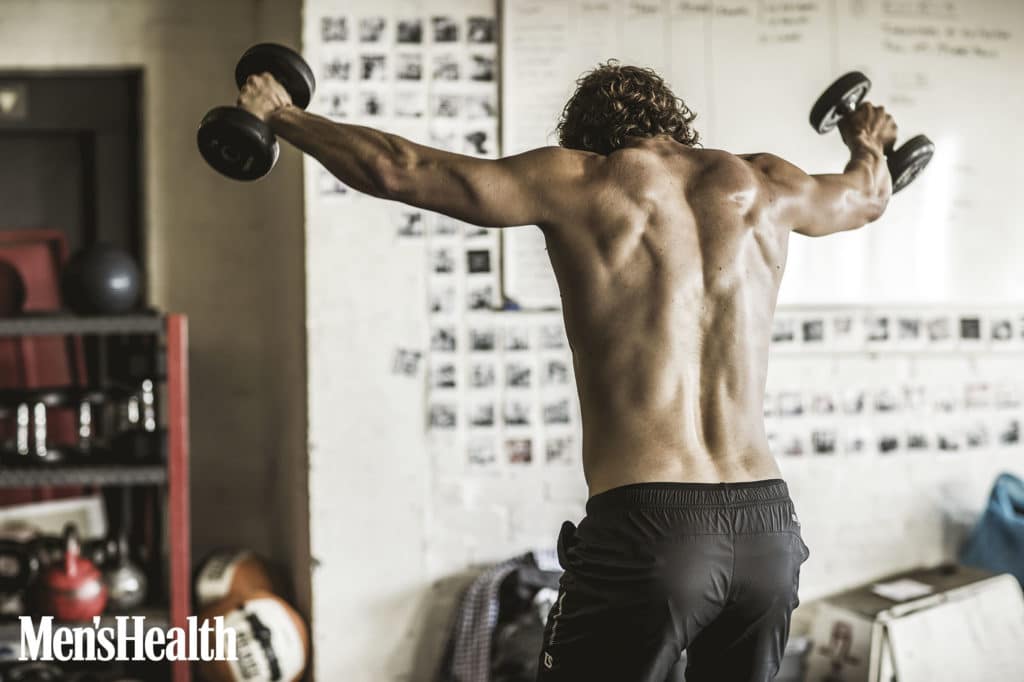 If you’re new to intermittent fasting, as Sam was, I’d suggest starting slowly. Try starting with two days a week and increasing to five or six. We allowed Sam to have five units of alcohol a week. The man likes a drink and it seemed cruel to completely deprive him of his one true love. He could choose to drink five whiskeys in one night or have one whiskey each night for five nights. The point is that he didn’t feel like he was completely cut off from the things he enjoys and, most importantly, he also had choice. I’ve found that when people have choice within strict boundaries they respond far better than being told they have no choice at all.

Related: Lessons From The Cape Town Trainer Who Gets Celebs In Hollywood Shape

As a friend of mine Rob MacDonald likes to say,

“You can’t out-exercise a bad diet but you also can’t out-eat a shitty work ethic.”

In other words, you need to find a balance between eating well and training hard. They go hand in hand, and when they’re well-balanced that’s the sweet spot for outstanding results.

Today was the culmination of countless hours of hard work as @samheughan had his @menshealthza shoot. —————————- Sam truly is one of the most genuine, down to earth and hard working people you could wish to meet. His work ethic is unmatched, and he deserves every success in the world. It’s been a privilege to work with someone so dedicated to his craft. —————————- People see the suits and the red carpets. They see the hit TV shows and the fame. They don’t see the 3am pick ups for set or the thousands of meters rowed. They don’t see the painful dieting or the calloused hands from hundreds of reps with a barbell. If you want success – if you genuinely and truly desire to be better – you need to work. Hard. That’s the secret. —————————- #roarkgyms #buildingbetterhumans