Back in the day, winning rugby was based on a fairly simple combination: big forwards, fast backs. Up front you’d have the brawn: massive okes who’d walk from scrum to scrum. At the back you’d have the pace: fleet-footed wingers who’d outsprint the opposition’s desperate tackles. Today, it’s a different ball game. 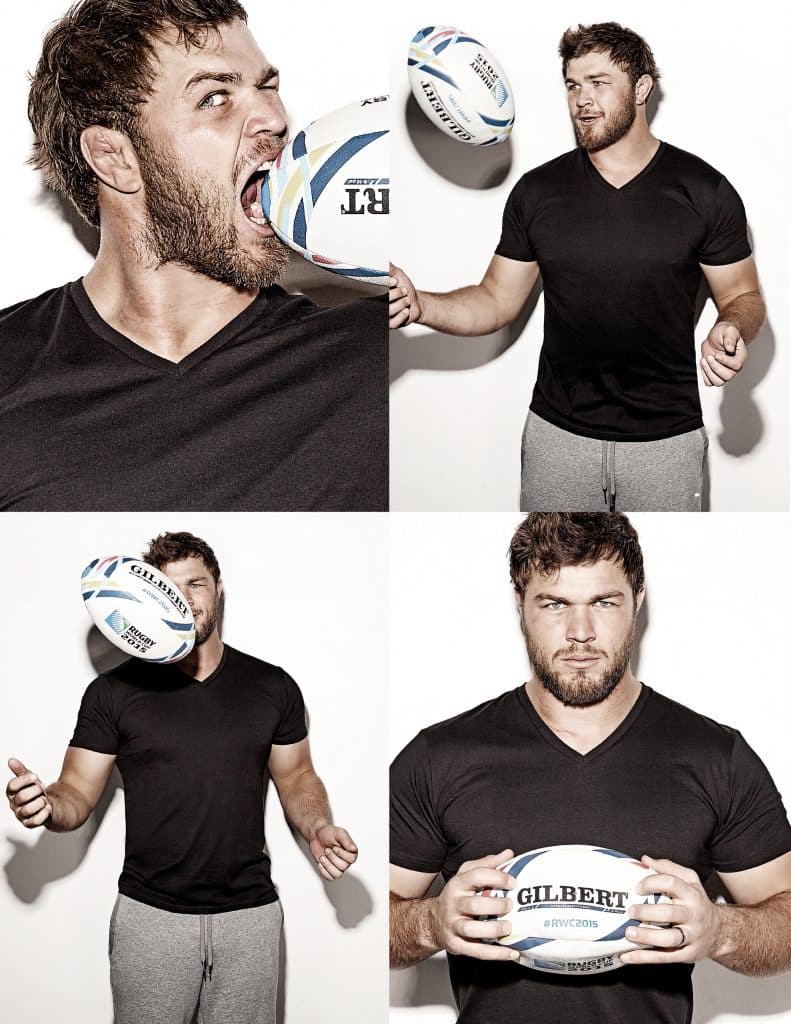 In 2019, world-class rugby is defined by conditioned athletes who combine strength and speed, power and pace. Games – and World Cups – are won and lost by the men in the middle: the loose forwards. Among the Springboks, there’s no better example than Duane Vermeulen.

“You have to be the complete athlete,” he says when we ask him about the demands of the modern game. “You have to be able to do everything. A forward has to run at the same speed as the backs, and the backs have to stop a hell of a lot of momentum.”

You can’t be only big or only fast. You have to be both, and you need a physique to match. Fitness is functional, and their training – like your hours in the gym – must be designed to achieve that. 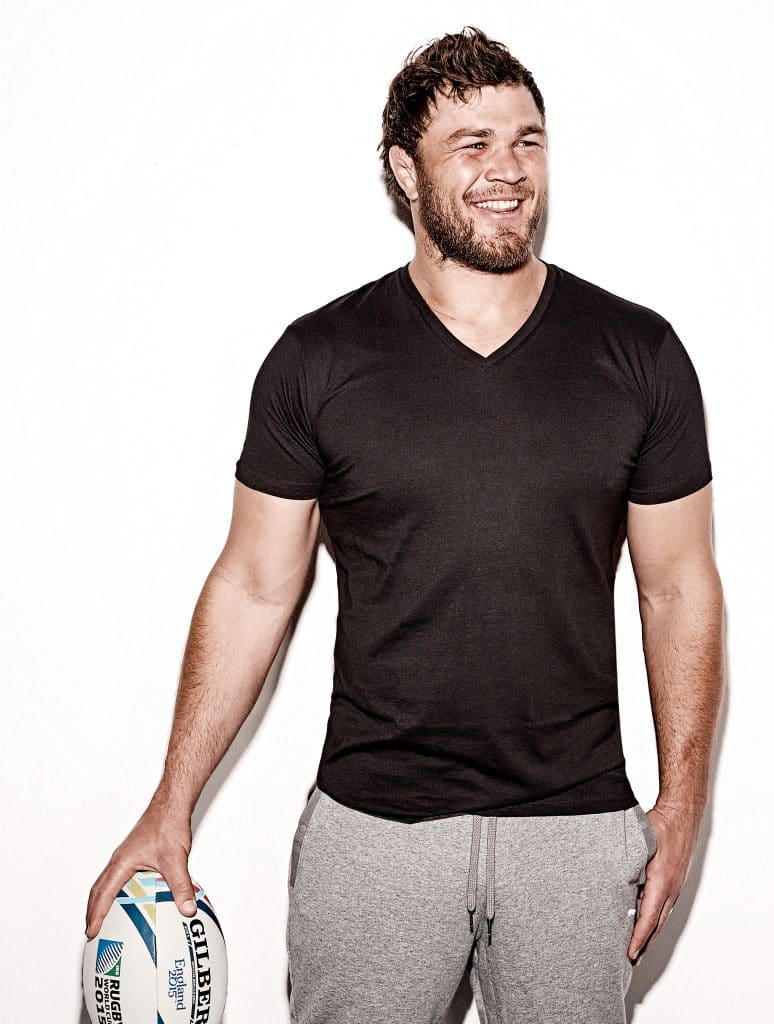 The high standards, narrow margins and intense demands of top-level rugby have forced the game’s elite players and coaches to rethink their approach to training. From one month to another, players like Vermeulen have to switch from international franchise rugby to Test match rugby to domestic rugby to World Cup rugby.

“It’s weird,” Vermeulen laughs. “Last week you were with your Super Rugby franchise, and next week you’re with the Springboks, so you’ve got to play alongside the guy you played against last week. Sometimes that’s not great, but everything is so professional, and everyone just moves into that next position. You just have to make the switch.”

Related: Find Out If You’re Rugby Fit With This Workout Test

Adapting to the changing roster of teammates is difficult enough (one week you’re cleaning a guy out in the scrum; next week you’re relying on him to win the ball for you). Now factor in the adjustment of training for a domestic match to suddenly training for a Test match against the All Blacks, and you have some idea of what it’s like to be a professional athlete.

“People think that international rugby looks slower than Super Rugby,” Vermeulen says. “It’s not. Test match rugby is a hell of a lot faster than franchise rugby – and you have to train for that. Everything is at a higher intensity. There’s no margin for error.” 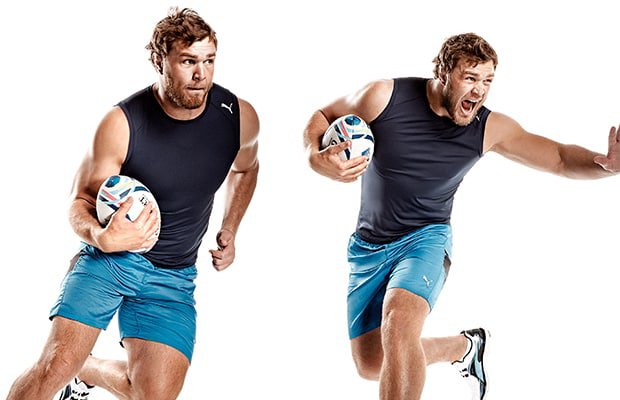 During the season, Duane Vermeulen’s gym work is mostly made up of maintenance work, with the seriously heavy lifting done in pre-season. Get yourself up to Springbok level with these four moves, and then try for the bonus point.

Holding a dumbbell in each hand, stand facing away from a bench with one leg resting on it, laces down. Squat down with your standing leg until the knee of your trailing leg almost touches the floor. Push up through your front foot to return.

Press Standing holding a dumbbell in each hand at shoulder- height, palms facing forward. One at a time, raise each arm to push the weight up until
it is fully extended. Lower to the start position and repeat. Keep your core tensed throughout.

In the leg press machine, position your feet shoulder-width apart on the platform and raise until your legs are outstretched without locking your knees. Slowly lower the platform until
your knees are at 90 degrees to the floor, then push back to the start position.

From a push-up position, raise one foot off the floor and bring your knee up towards your elbow. Pause, then return to the starting position and repeat on the other side. “I usually go 20 metres both ways, with a 20kg weight on my back,” says Vermeulen.

Here’s a move from Vermeulen’s Super Rugby pre-season regimen. “Fill a stability ball with water, and then carry it 20 metres,” he says. “It sounds simple, but a lot of the guys struggle. Remember, the water in the ball sloshes around, so you have to stabilise your core.”