How To Conquer UFC And EFC Like Don ‘Magic Man’ Madge

All pictures courtesy of Don Madge

Punching people in the face is probably not what one would constitute a daily occurrence. Well, for Don ‘Magic Man’ Madge it’s just another day at the office. The 2x EFC World lightweight champion, multiple Muay Thai champ and contracted UFC lightweight division fighter, chatted to us about why mental fitness is as important as being physically fit, how he stays fighting fit, and how you can make it in MMA.

If you’ve been living under a rock for the past few years and haven’t heard about MMA, here’s a quick lesson. MMA stands for mixed martial arts, one of the fastest growing sports in the 21st century. The sport encompasses many martial arts such as Muay Thai, Brazilian jiu-jiztu, and kickboxing, to name a few. While there are many fighting organisations around the world, the UFC is the elite that the best of the best fall part of, an organisation that Madge was recently signed to.

Madge got his start as a professional Muay Thai fighter in Thailand. On returning to South Africa, where the Muay Thai scene isn’t huge, he decided to venture into the world of Mixed Martial Arts. “I began training MMA in the middle of 2011 and never looked back”, says Madge. 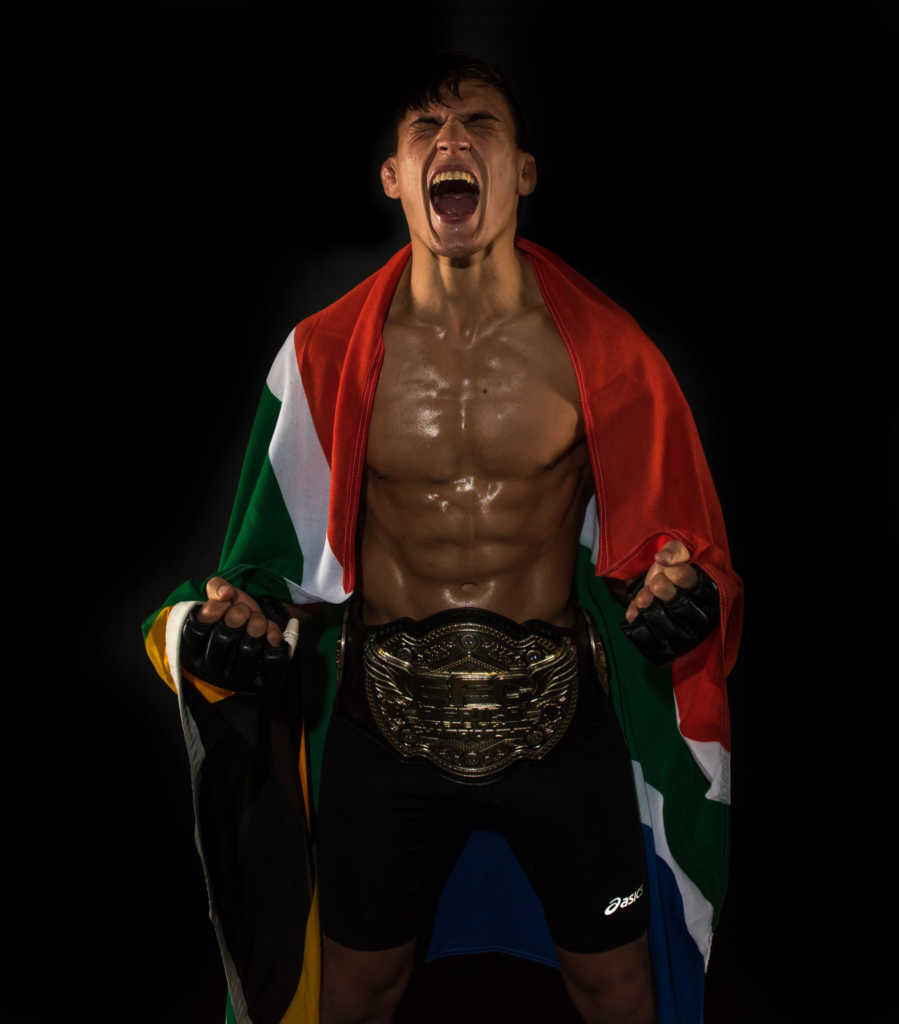 When it comes to training, Madge trains a minimum of three sessions a day, with each session lasting from one to two hours.  His training is structured by his coach, Richie Quan, who puts him through various intense workouts.

To ensure that he is able to keep up with his rigorous training, Madge keeps a tight rein on his eating. He managers his weekly calories based on how much energy he needs to get through his workouts. “I like to think of it as a car engine, if you put junk in, you’re not going to get the performance you want”, he says. Given that he does eat lean and train mean, Don does allow himself the occasional sweet treat, “I’ve got a sweet tooth! So every now and then I indulge, but for the most part, I’m disciplined and professional”, he explains.

When it comes to recovering from fights, Madge says that depending how the fight went, he usually takes a week off to allow his body to heal. “[I] allow my body and mind a chance to settle down again before jumping back in the gym”, he says. But given that Madge doesn’t enjoy being out of the ring for too long, you’ll find him back at it a few days after fight night.

When Madge is not training or kicking some serious ass in the hexagon, you’ll find him at home chilling out with family and friends, playing video games or strumming on his guitar. “When you’re training as much as we do, the time you get to just chill and rest is precious so I make sure I use it”. 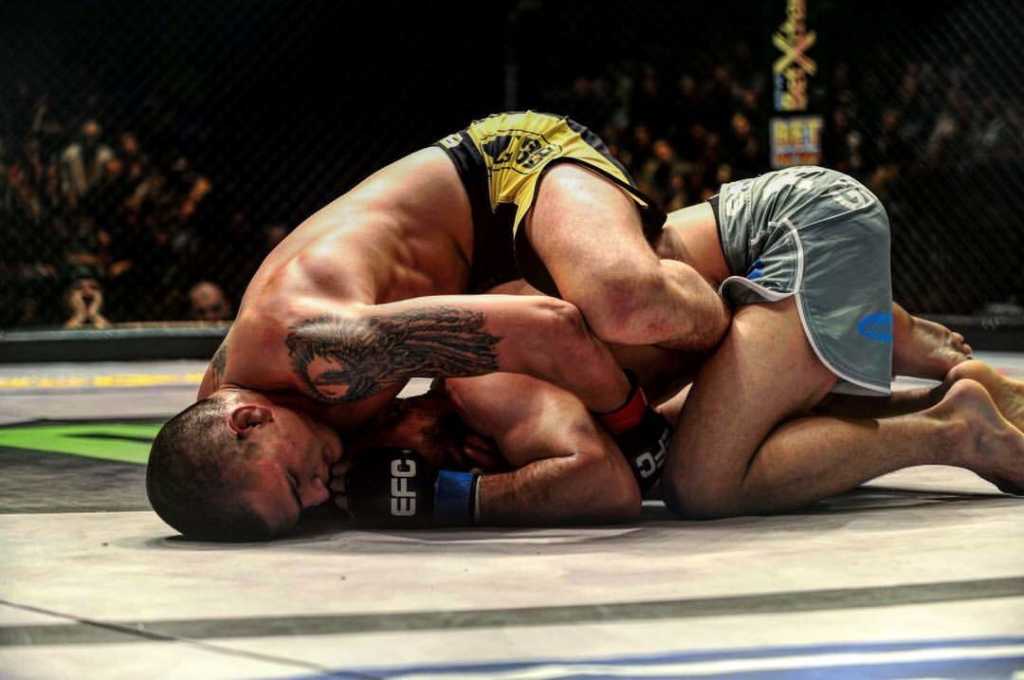 It’s a mental game too

Given that MMA is a combat sport, its athletes are often getting a bad rap for being aggressive i.e. Connor McGregor throwing a chair through a window. But Madge is quick to dismiss this common misconception, as he says that most professional fighters are disciplined people when it comes to controlling their emotions. “It’s a huge responsibility knowing that you have the ability to basically kill someone with your bare hands, especially when faced with other people’s egos. So the fact that you don’t see fighters getting into trouble more often should speak for itself” he explains.

When it comes to being an MMA fighter, you need to be more than physically fit- mental fitness is huge too. How mentally fit you are, is the difference between making it and breaking it in the industry.

“I’ve seen so many talented guys get swallowed by the pressure or nerves going into the fight”, says Madge.

He goes on to say that it becomes easier as your experience bolds up and you become “comfortable in uncomfortable situations”. Given that your adrenaline is high, you’re more likely to feel the pain after the fight than during. But the two-time champ says that at the end of the day when you’re winning, no pain is too much. 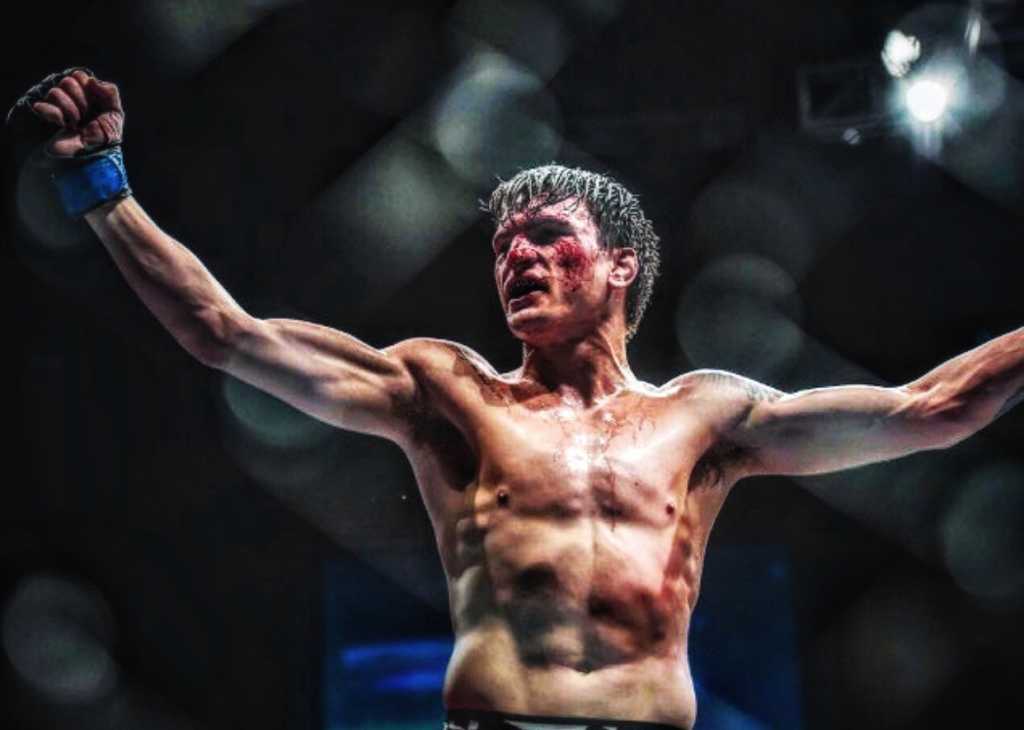 How you can start

Madge’s advice for those looking to get started in MMA- just start. “Most people are quite intimidated by MMA, but it’s just getting to that first session that’s the hard part, once you start you’ll see it’s not as daunting as you’d imagined” he says. He goes on to advise that everyone should learn to defend themselves, and that MMA is a great way to do that. “MMA incorporates tried and tested techniques for hand-to-hand combat, it is also a hell of a workout and the training is a lot of fun”. he explains.

If you’re looking for a gym to get you started, Madge has his own gyms in Cape Town (Madfit MMA) and Apex HQ in Johannesburg.