“Rowdy” Rousey is the perfect blend of accident-causing beauty, raw athleticism and sharp intelligence. But because of her looks, she’s often pigeonholed as a dumb blonde: “Men just assume I’m an idiot,” she says.  “I like exercising my mind, so if you riff off something smart I’ve said, that’s  a turn-on.” Here’s what she looks for in a training partner, a worthy opponent and her dream man.

– Find a workout that  challenges you mentally
Rousey’s mom, Ann Maria de Mars, was the first American to win at the World Judo Championships and Rousey herself started practising the sport in her early teens. She credits the martial art with helping her forge a stronger personality. “I was shy and awkward, and judo helped me interact with other kids. It gave me confidence,” she says. “Judo has irrevocably changed who I am.” Rousey, who won a bronze medal at the Beijing 2008 Olympics, moved to mixed martial arts because she was tired of doing the same thing over and over. “I’m challenged mentally in the gym every day, learning new strikes, kicks and submissions. You have to find something you enjoy. I run from my car to the gym because I love it and I’m excited to be there,” she says.

– Stay emotionless in a fight
Rousey recently took some flak for refusing to shake hands with opponent Miesha Tate after a fight, because she felt Tate had insulted the Rousey family. However, Rousey says she approaches every opponent in the same way, whether she likes them or not. “I’m completely emotionless when I fight,” says Rousey. “My opponent might be as sweet as pie, but she’s trying to take away everything I’ve worked for my entire life. That’s my mind-set.”

– Don’t be that guy
“Training is a family-like environment, but I’m pretty much sweating and rolling around with different guys all day,” says Rousey. That’s been an issue with previous boyfriends. “I need a guy who can trust me entirely and won’t get jealous. I’m waiting for a guy who has the balls to handle it all on his own – and  I don’t have to hold his hand and walk him through it.”

– Look for training partners  with no ego
“It can be very dangerous to train with people who are trying to ‘win’ practice,” says Rousey. “I purposefully put myself in bad positions, to test myself. If I don’t have someone tapping me out when I’m grappling or if I don’t get thrown once the whole day, it means I didn’t push myself to places where I’m uncomfortable. I seek out those places in training.” 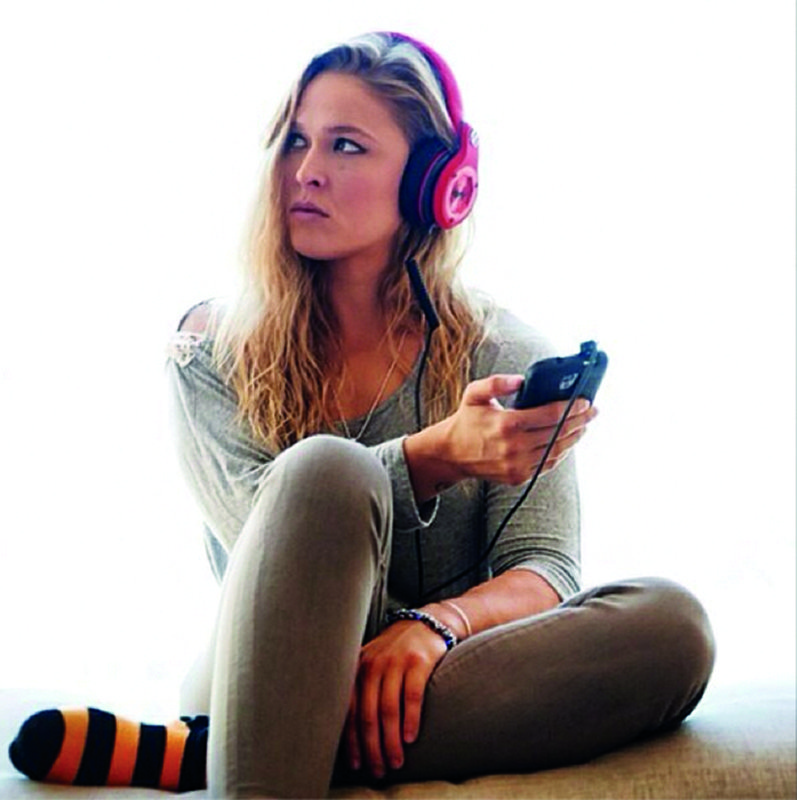