We Put Actor Anton Jeftha Through A CrossFit Workout, Here’s What Went Down

He's been in dramas, soapies and action films, but Anton Jeftha has never been in a CrossFit box... until now.

You may recognise him as the face of OUTsurance or as Rhiyaaz from Suidooster, but Anton Jeftha is more than just an actor, he’s also a fitness junkie. The 33-year-old Capetonian has been living in Los Angeles for the past few years, doing commercial work and feature films. Every now and then he flies back to the Mother City to visit his family and be part of local productions, too.

While he was back home, we decided to challenge him to an intense CrossFit workout and our friends at Battery Park CrossFit helped us out. Dean Peters, owner & head coach of the gym, put Anton through a solid warm-up and then things got heated with a 12-minute AMRAP workout sequence that would get any CrossFitter sweating.

Check it out below:

“Man, wow. That was actually harder than I thought it would be,” says Anton. “CrossFit is completely different to the workouts I usually do.”

Anton mentions that he will definitely do a CrossFit workout because of the combination of weight training, functional training and bodyweight exercises. And even though he doesn’t have a physically taxing role coming up, he still feels like he should work it into his schedule.

“The role that I’ve got coming up is a romantic comedy so I don’t think I’m gonna need to prep my body too much, but it never hurts to stay in shape. I would recommend [CrossFit] to anyone.”

From The Cape To Cali

A decade ago, the boy from Belhar, Cape Town earned his degree in Finance at the University Western Cape before dropping out in his honours year to pursue acting full-time. Now, after years of doing what he loves, Anton is in a good place in his life – he travels, he has a good relationship with his family and he still has a lot more exciting projects coming up. One thing that he didn’t expect to do was move to the US and take his career to the next level.

“I started booking more and more international jobs. And I wanted to learn from the travelling actors that came to shoot here. So I got all my paperwork sorted, got an agent and a manager out there before finally taking the plunge in 2016.”

I thought I was just gonna show up there and be famous but that wasn’t the case…I’ve had to serve tables, sell hotdogs at Dodgers Stadium

“LA has been good. It’s been a hustle. I don’t think anything can prepare you for LA. I thought I was just gonna show up there and be famous but that wasn’t the case. I’ve had to do everything else to survive there as well – I’ve had to serve tables, sell hotdogs at Dodgers Stadium – a lot of jobs on the side that wasn’t particularly along the purpose of acting, but acting was always in mind.

“I would always put myself on tape for films and auditioning – it’s still a hustle. As soon as you get off one project, you – as an actor – are unemployed so you have to start putting yourself out there again. The life out there has been an adventure since the beginning. But I found that things are more stable now, I’m booking a lot more work in the acting industry.”

Related: Our 10 Gifts For Guys Who Love CrossFit 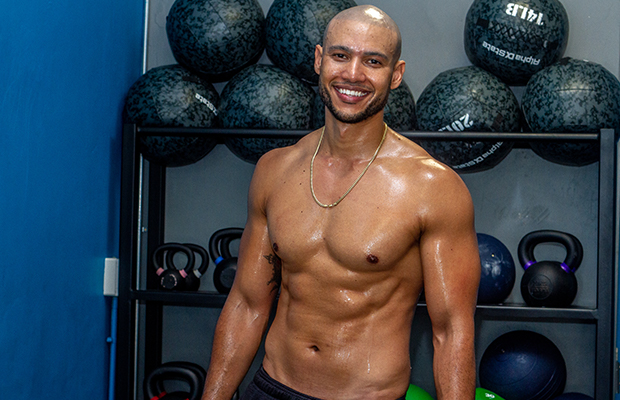 This constant drive and never-say-die mentality comes from a myriad of sources throughout Anton’s life. Outside of acting, he credits his parents as his main role models and motivation to do his best.

“Where we grew up, and what we grew up with was very little,” he explains. “I’ve been fortunate enough to witness how my parents always manage to make it work, you know? As little as we had, they gave [my siblings and I] the best education and childhood.”

After starring in international action-packed series such as Dominion and Homeland, Anton has found the need to keep his body and mind in shape. He’s built his week around going to the gym, even when it’s not for a role.

“I’ve always wanted to be an actor, but I like that, even if there’s nothing happening on that day, I can work on myself. Mind, body, spirit. Knowing that the gym is there and that I can show up every morning to keep in shape and ready for the next role is always a good thing. A job could come up tomorrow where they need me to be [fit].

“With all these superhero movies coming out, they’ll need you to be jacked and in the best shape of your life – and sometime they need it in 2-4 weeks. So  [I need to] stay at a good level of fitness. 4-6 days a week I’m in the gym, and If I’m not gyming then I’m swimming or at hot yoga. And now maybe I’ll start doing this [Crossfit].”

For more on Anton Jeftha be sure to follow him on Instagram and Twitter, and also be on the lookout for his roles on the big and small screens. 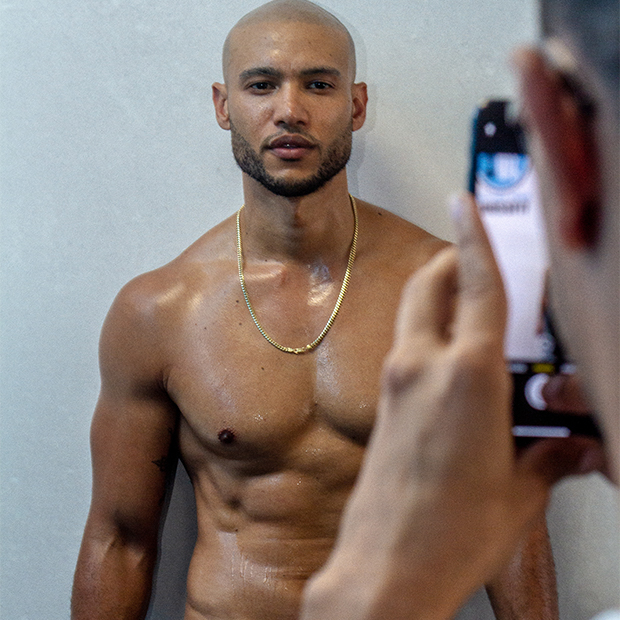 Who are your acting role models?

“If I could have anyone’s career it would be Will Smith’s or Brad Pitt’s or Denzel Washington’s. [Will Smith] is one of those guys that has the career and [a big name in] the industry but he’s also a family man. Which is great to see. But as artists, we often think that we can’t have it all – we have to choose between the industry and family because there are lots of sacrifices. So I’d like to have a good balance between work and family.”

What advice do you have for aspiring South African actors?

“Know your worth. Know that you have something to offer. It’s a beautiful industry if you work consistently. So I would advise to keep showing up, keep auditioning. There are gonna be a lot of ups and downs, but I think that’s part of life.

“Also, go and live and experience what life has to offer when you can. Because that’s when you’re actually learning to be an artist – when you’re observing life. You’ll have more to bring to the table as an actor and you’ll bring more life to a character. I would also say validate yourself, don’t forget to tell yourself ‘well done’. Even on the small successes.”