A 6-Step Plan For Building Your Best Body Ever

Step 1: Get your mind right

People who become supremely fit don’t do secret one-of-a-kind exercises, eat “superfoods,” or take magic supplements. They just work harder. They don’t quit or make excuses or take shortcuts. That kind of discipline comes from the organ between your ears, not the muscles below them. Try these two mind-hardening exercises. 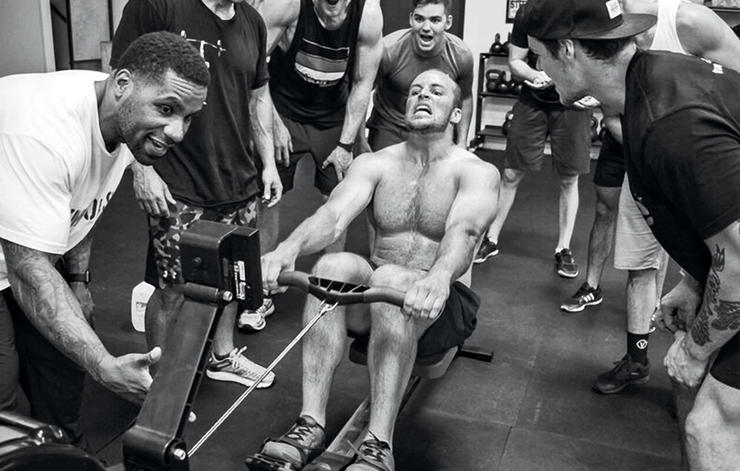 Self-doubt poisons performance; “green-light thoughts” are the antidote. If you catch yourself thinking “I’m too tired” or “I need to slow down,” reverse it by saying, “I’ve got this” or “This is easy” or “I feel great.”

You can take it a step further. When I was in the UFC, my sports psychologist, Brian Cain, had me put little green stickers over the places I frequented the most – my car’s steering wheel, the bathroom mirror, the fridge, the weight rack. Every time I saw a green dot, I told myself one reason I was going to succeed. The very next fight, I won Submission of the Night. You can buy the green dots at an office-supply store. Every time you see one, tell yourself why you’ll reach your goal.

Fitness can seem like a journey with no end in sight. Here’s a different take on it: 130 hours. In my experience, that’s all it takes to get yourself into shape. Train hard for an hour a day, five days a week, and you’re there in six months. 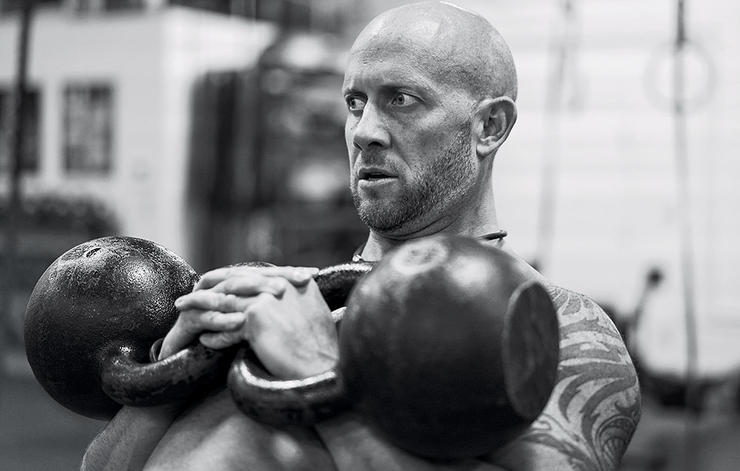 People often come to me with goals that are far too easy. Their ceiling should actually be their floor – the least they expect to achieve.

For example, if a guy tells me his goal is to do a marathon, I tell him about Terry Fox. In 1977 Fox was diagnosed with osteosarcoma, a rare cancer, and doctors amputated his leg.

Even with one leg, Fox wanted to run. To him, that meant running across Canada from east to west to raise funds for cancer research, a trek he started in 1980. He averaged a marathon’s worth of kms every day (on one real leg and one prosthetic) until the cancer spread and he had to stop after four and a half months and 5,374km. Still think a single marathon is a worthwhile goal?

Related: You Can Build A Massive Chest With This One Tweak To Your Pushup Technique 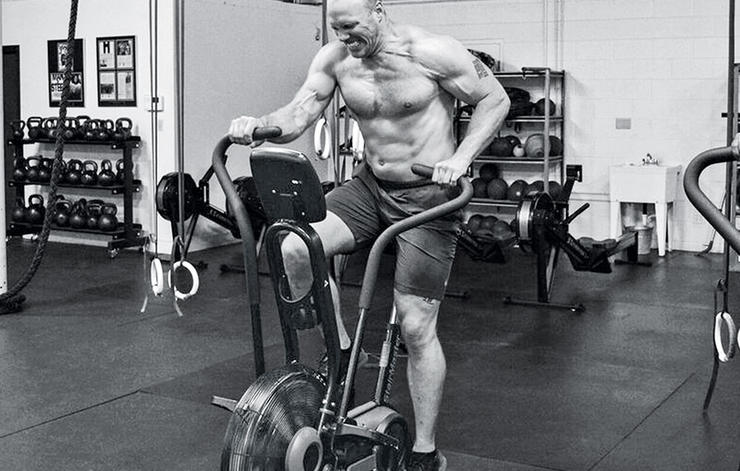 Preston Wood, 45, is 5’6″ and weighs 72kg. He works about 60 hours a week and travels at least a week out of every month. He has a wife and family that he puts above all else, and he lives about 45 minutes from our gym, a 90-minute round trip.

Despite all those built-in excuses, Wood can hit all the fitness standards laid out here, a truly incredible achievement for anyone. That’s why I use him as a litmus test for bullshit. When someone tells me he can’t achieve his goals because of some limitation, I can say, “Well, Preston did it. Why can’t you?”

Related: Skipped Gym Again? Here’s How You Get Back On Track 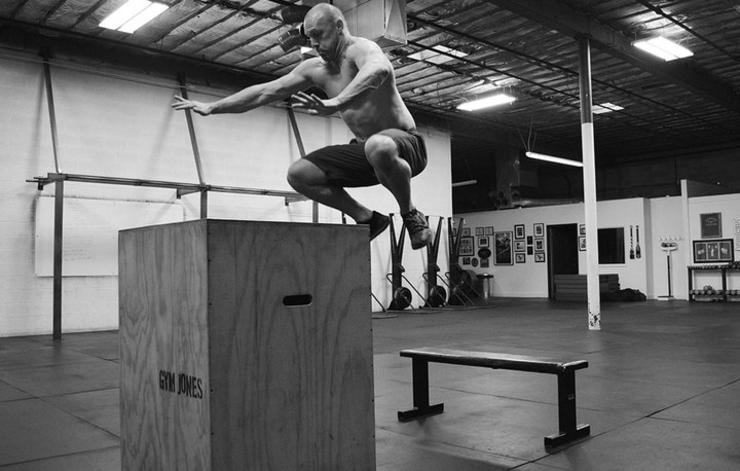 Step 4: Be good at everything

Too many people pursue one aspect of fitness at the expense of all others. Lifters won’t do cardio because it might limit their gains, while runners won’t lift because they fear the extra muscle might slow them down. Those concerns may have some validity, but only at the highest levels of sport. The rest of us can and should achieve high levels of fitness in multiple areas.

Consider Paul Timmons, a 48-year-old gym owner. Timmons is a prime example of what happens when you vary your training. He looks rather unassuming, and you wouldn’t feel intimidated if you ran into him on the street. In fact, if you had to guess what Timmons does for a living, you might peg him as a high school math teacher or maybe an accountant. That’s why most people are shocked when I mention that Timmons is one of the fittest men to ever train a my gyn. He set a state powerlifting record, finished the Ironman triathlon in Kona in a blindingly fast 11 hours, and was the top-placing American in his age group at the 2,000-metre World Indoor Rowing Championships. 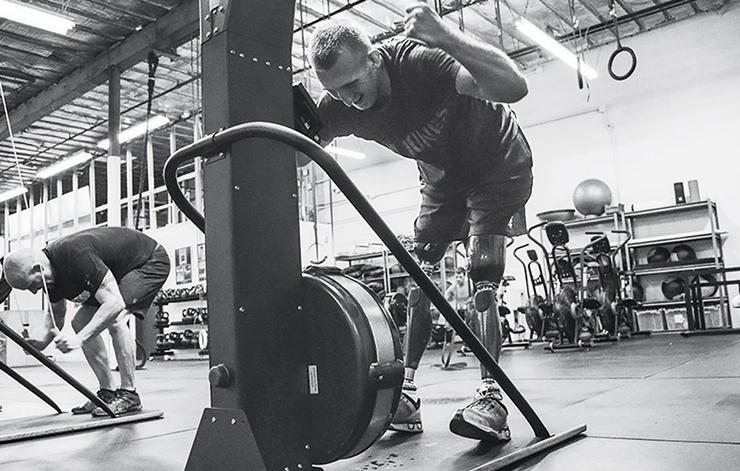 During a challenging workout, your brain holds your body back. To bypass those self-imposed limitations, you need to understand the difference between exercising and training. About a year and a half ago, I met Matt. He was far from a fitness rookie. He had been working out four to five days a week with personal trainers and was in good shape. But Matt was only doing exercise. I showed him how to train.

I worked with him to create a plan with big fitness goals that he thought were unattainable. But he changed his mentality, focusing on performing slightly better each day than the previous day and pushing through pain.

Within just weeks, Matt showed improvement. After months, there was significant physical change. This program allowed him to hit those seemingly impossible performance goals and build more strength than he thought he could.

Related: Do Your Exercises In This Order For Maximum Gains

This incremental approach works for three reasons. First, it forces you to train—that is, to keep specific performance goals in mind. Second, it allows for steady improvement, which builds fitness and psychological resilience. Third, and perhaps most important, it can help you overpower mental roadblocks and teach you the feeling of hard work.

Over time, as the small improvements add up, you understand what hard work feels like, and you find your true limits. 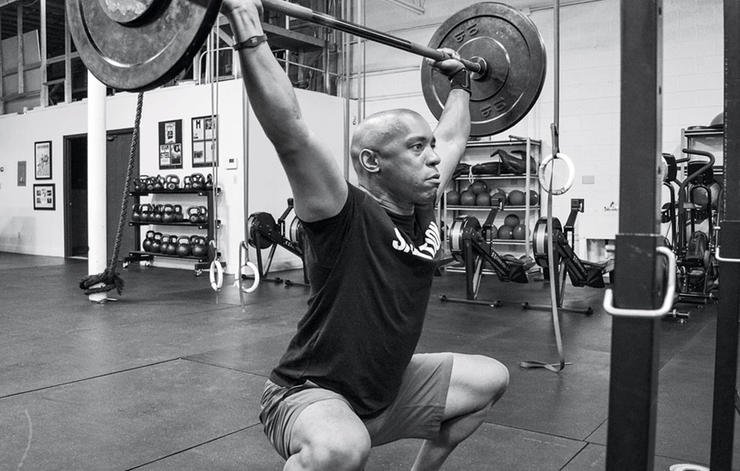 In theory, if you exercise too hard and too often, your body starts to break down. That’s called overtraining. Sure, muscle can literally break down in extreme cases, but the truth is there’s no such thing as overtraining; however, it’s possible to under-recover.

In 2012 and 2013, I trained Hack’s Pack, a six-member squad from Ute CrossFit that competed in the CrossFit Games team series. They trained 15 to 20 hours a week—running, sprinting, rowing, lifting—always at full tilt. Yet they never became overtrained. That’s because I hammered this point home: Training your body is just half the battle.

Related: Here’s What You’ll Gain By Taking A Rest Day

Hard workouts tear up your muscles and impose stress on your system. Fitness improves outside the gym, when your body repairs itself. More efficient recovery allows you to train more often and improve faster.

The Hack’s Pack athletes followed the four strategies below, and it paid off in a big way: The squad won the CrossFit Games two years in a row.

Poor sleep saps your strength, makes you more prone to injury, and messes with your metabolism. When I work with people who need to get ripped quickly, I require them to get at least nine hours of sleep a night. Here are two easy ways to help make that happen: Hang blackout curtains to turn your bedroom into a darkroom, and shut off and stash all your electronics an hour before bedtime.

Life stress impairs healing, and your body doesn’t have the resources to recover from both life stress and workout stress. There’s no single best way to recover from life stress, and we all have our own tricks. Preston Wood meditates for 20 minutes a day. A friend of mine builds Lego sets with his kids. Whatever helps you unwind, do it daily.

A few years ago, I suddenly found myself lifting heavier and running faster. What changed? I’d recently adopted a dog, and I was walking an extra 30 to 60 minutes a day. A daily walk increases blood flow, helping you recover from tough workouts. It’s also a low-impact way to burn a few more calories.

Life and exercise conspire to make some of your muscles tighter than others. Tighter muscles increase your risk of injury. My clients foam-roll and do targeted mobility exercises before workouts for at least 10 minutes. I roll my muscles for 20 minutes each night as my wife and I watch our favourite TV series, Game of Thrones.